Barrie McKennaEconomics Reporter
Published May 10, 2019 Updated May 12, 2019
For Subscribers

Going public is shining an uncomfortable light on the business models of Uber and Lyft.

And, no, we’re not just talking about the ride-booking companies’ chronic struggles to make money.

Just as problematic is the mood of the millions of drivers that underpin the operations of these two superstar technology companies. And many are not happy – about arbitrary pay changes, long hours, lack of benefits and, most notably, their tenuous status as independent contractors.

Strikes and demonstrations in cities around the world last week suggest a troubled future for the two ride-hailing companies.

Both Uber and Lyft acknowledge the inherent tension between making money and keeping drivers happy. The conflict is highlighted as an evolving business risk in the companies’ recent filings for their initial public offerings.

Uber says that if it’s forced by law to reclassify drivers as employees instead of independent contractors, it “would require us to fundamentally change our business model, and consequently have an adverse effect on our business and financial condition.”

Likewise, Lyft said if the contractor status of drivers was challenged there may be “adverse business, financial, tax, legal and other consequences.”

Drivers often work exclusively for one of these companies. But they get none of the things most people associate with a normal job, including overtime pay, sick days, vacations or health and pension benefits. And they generally are not eligible for minimum wages, workers’ compensation or employment insurance.

Fares are calculated by algorithms that are unseen to them, and constantly changing.

Perhaps unsurprisingly, both companies say they are already the target of numerous legal challenges in multiple jurisdictions over the job status of their drivers. Earlier this year, Uber settled a US$20-million class-action lawsuit with drivers in California and Massachusetts over the issue. An additional 60,000 claims remain unresolved.

And the legal environment is not trending in Uber and Lyft’s favour. Recent court decisions in California, Britain, France and elsewhere are redefining the legal status of certain gig-economy workers by recognizing more of them as employees rather than contractors. Elsewhere, regulators are getting out in front of the courts with more driver-friendly rules.

Lyft said it is “regularly” the target of lawsuits, claims and government actions challenging the classification of drivers as independent contractors.

Lyft and Uber have become wildly popular with users. Part of that appeal is because their easy-to-use apps allow customers to easily book, pay for and track rides on their smartphones.

But it’s also because these services are typically less expensive than taxis, which operate in a higher-cost, more regulated environment.

Here’s the existential challenge for Uber and Lyft: They’re losing a lot of money now in a largely unregulated world. If the laws change, and drivers become employees, it’s hard to imagine either company will ever make big profits.

Lyft lost US$1.1-billion in the first quarter of this year. That’s on top of a US$911-million loss in 2018 on revenue of US$2.2-billion. Uber had a large operating loss last year, but managed to post a profit of US$997-million on revenue of US$11.3-billion thanks to one-time gains from asset sales.

Neither company has ever made money on its core business. Not even close.

For a peek at the future, Uber and Lyft might want to consider the experience of Montreal’s Téo Taxi, which ceased operations in January amid mounting losses. Billed as a socially responsible rival to Uber, the company treated its roughly 460 drivers as employees. They earned hourly wages, worked a set number of hours per week, and received benefits and vacation time.

And the business failed.

In spite of all this, investors apparently see a lot of potential. Uber went public last week at US$45 a share, putting the company’s stock-market value at more than US$82-billion, though it closed down 7.6 per cent on Friday. Lyft has a market value of nearly $16-billion, although that’s 20 per cent lower than its IPO price.

Investors would be wise to look carefully at what’s under the hood – and who’s behind the wheel – before they hitch a ride with either company.

Until Uber and Lyft can show they can thrive on the strength of their technology, rather than on the backs of drivers, their business models will remain shaky. 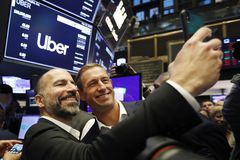 Cashing out in Uber’s IPO: China, Russia and the Middle East
Subscriber content
May 10, 2019 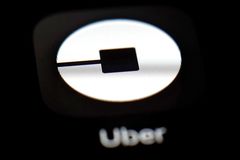 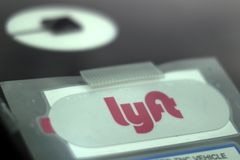