It wasn’t true in 1993 when she said it. The comment was a defining moment in the federal election that year – and not in a good way. She and the Progressive Conservatives got trounced.

And it isn’t true now.

Nonetheless, the chief executives of some of Canada’s largest companies are rightly worried that the major economic challenges facing the country are getting short shrift, as the October federal election nears. And they’re determined to do something about it.

They’ve issued a call to action, of sorts, in the form of an open letter to federal party leaders, obtained by The Globe and Mail. In it, the CEOs lament that, too often, Canadian politicians are content to coast, instead of putting forward bold ideas to improve the country’s lot.

“We urge you to think big about what our country can achieve if we all set aside complacency and embrace policies that will overcome obstacles to growth, spur investment, and better enable Canadians of all backgrounds to achieve their potential,” according to the letter signed by more than two dozen CEOs – all members of the Business Council of Canada.

Behind the rah-rah language is a growing unease among business leaders that Canada is already losing the race against more aggressive and nimble adversaries. And companies are already voting with their dollars by investing elsewhere.

But talking openly about the scale of the challenge scares people. There are no quick or easy fixes. Even then, making all the right economic choices may not ensure life is better for future generations of Canadians.

Among the signatories of the letter are the heads of several of Canada’s largest banks, as well as the country’s leading tech companies, automotive-parts makers, airlines, mining companies and energy companies.

“We can’t afford not to be looking at these issues,” council president and CEO Goldy Hyder said in an interview. “The longer you wait, the more difficult and costly they get to fix.”

Mr. Hyder lamented the problem of “short-termism” in Canadian politics. “It’s hard to get people to think long-term,” he said.

CEOs have good reason to be wary that these and other issues may get buried.

Prime Minister Justin Trudeau seems more eager to bait Conservative Leader Andrew Scheer into a debate on social issues, such as abortion, rather than talk about economic issues. For his part, Mr. Scheer has laid out his economic policies in a series of policy speeches. But he’s been short on specifics, and long on dismantling signature Liberal initiatives, rather than offering up bold new ideas.

A lot of what the CEOs seem to want cuts across partisan lines. And so far, at least, they aren’t laying out a list of traditional business-friendly demands. But Mr. Hyder acknowledges there are things he would like to see, including comprehensive tax reform and more investment in infrastructure to get Canadian products to market, including pipelines, rail lines, ports and bridges.

“This exercise is not about our laundry list,” Mr. Hyder insisted. “This is a call to action, and leadership.”

CEOs aren’t alone in worrying about longer-term economic challenges facing the country. Bank of Canada senior deputy governor Carolyn Wilkins lamented this week that Canada is slipping behind other countries because it’s not investing enough in things known to boost productivity and competitiveness, including technology and research and development.

“Companies across the country tell us that a number of other competitiveness issues are holding back decisions to upgrade or expand capacity in Canada,” Ms. Wilkins said on Wednesday in a speech to the Calgary Chamber of Commerce. “As business leaders and policymakers, together, we have our work cut out for us.”

Unfortunately for Canadians, none of the leaders are offering up much in the way of bold new ideas to make that happen.

The good news is that there is still time to get people talking, even if the election is less than five months away. 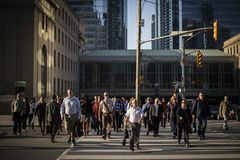 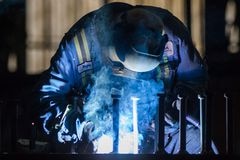