As Canada heads into a federal election, we are – more so than at any point in the past 20 years – a nation divided. The split is not East versus West, right versus left or English versus French. Today, it is a split between Canadians who fear the system is failing them and those who are more trusting of our traditional institutions and more optimistic about the future – for themselves and their families.

This sharp split, largely along socioeconomic lines, will colour the major issues of the election. It will also force Canadian businesses to change their priorities and their behaviour. It is shifting the frame around how this country’s media organizations might choose to cover what many expect will be transformative events over the coming months.

This year, the Edelman Trust Barometer, a global study measuring trust in government, business, NGOs and the media, recorded the largest-ever trust gap between the informed public – educated and informed upper-quartile income earners – and the mass population. The 20-point split was the second-highest among the 27 markets Edelman includes in the survey, behind only Britain (where acute polarization is heavily influenced by Brexit, among other factors).

The disparity in trust tells the story of a country that feels out of balance – one where the ability to rely on and trust in institutions differs greatly depending on your level of income and education. This, in turn, drives a strong sense of injustice and pessimism among the mass population in Canada. In fact, 50 per cent of Canadian respondents feel the system is failing them, and only 34 per cent believe they and their families will be better off in five years’ time.

Some of the factors driving both the trust gap and the lack of optimism are clear: the future of our oil and gas industry remains uncertain; the negative effects of globalization, automation and free trade are stoking fears about job security, particularly in manufacturing; and income disparity in this country is becoming more severe, adding to the perception that the wealthiest are not paying their fair share and are leaving the masses behind.

While the macro factors that have accelerated the trust gap are reasonably well understood, what to do about it remains a mystery. How do we bridge the divide between these two groups? How do we empower those who fear they’ve lost their voice? How do we restore broad-based faith in a system too many feel is broken?

The answer may lie, at least in part, in new sources of truth and leadership. With the system under stress, Canadians are looking elsewhere for their North Star.

The 2019 Trust Barometer reveals that many Canadians are turning to their employers as that guiding light. Eighty per cent of the general population surveyed trust their employer (exceeding trust levels in government, business, NGOs and the media by a wide margin), and 67 per cent of employees agree it is critically important for “my CEO” to respond to challenging times. Further, 79 per cent of Canadians – an 11-point increase over last year – believe chief executives should take the lead on change, rather than waiting for government to impose it.

In other words, Canadians are looking to business and business leaders to act with purpose. We now expect CEOs to have an opinion, often on issues that do not directly relate to their business, and to be advocates for positive social change, taking on issues such as equal pay, racial discrimination and climate change. This is not the first time I’ve called on Canadian business leaders to act. I said it last year and the year before that. What will it take to spur Canadian CEOs into action?

In the United States, we have already seen several CEOs step forward and accept this new responsibility. Last November, Patagonia CEO Rose Marcario announced the company would be donating the entirety of its US$10-million federal tax cut to non-profit groups working on conservation and climate issues – a clear rebuke not only of President Donald Trump’s corporate tax policies, but also of his refusal to acknowledge our current climate crisis.

In Canada, our employees are now expecting us to follow suit. They are expecting us to lead, to have the courage of our convictions and accept this new responsibility (and the risk that comes with it). Today, almost a quarter of Canadian employees would never consider working for a company that doesn’t make a positive impact on society.

A lack of faith in the system has brought us to a tipping point. Walking us back from the edge demands a new approach to building trust and restoring hope. Leadership must come in new and different forms. Canadian CEOs, who have tended to play it safe, need to embrace this new reality and lead with a greater sense of purpose.

Our employees expect it of us.

Lisa Kimmel is the president and CEO of Edelman Canada, a communications marketing firm.

Opinion
Canadians want CEOs to step up. Will they?
February 14, 2018 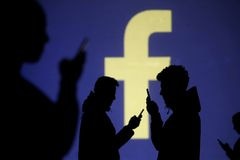