The Canadian fintech sector is having its moment in the sun. Venture capital funding is at all time highs. So is the number of fintech IPOs over the past 15 months. Canada has gone from not a single fintech unicorn (startups that reach a valuation of US$1-billion) at the beginning of 2021 to two as of this writing – and we believe there will be more.

While we should celebrate entrepreneurs who are injecting much-needed innovation and competition, while bringing foreign investment and new jobs to the Canadian financial services sector, murky waters lie ahead.

It’s been nearly three years since the federal government launched its consultation process for open banking, and we’re no further along in creating a better and more hospitable regulatory environment for consumer-led data sharing. Even if the Finance Ministry’s Advisory Committee report were released tomorrow, the glacial pace of progress on this file will not change meaningfully in the short term, especially with an election in the offing.

Payments modernization, a large-scale multiyear project to update the Canadian payments system, is also behind schedule. What progress is being made there – namely, the introduction of the Retail Payment Activities Act in the recent federal budget – leaves fintechs unsure of when and whether this new regulatory framework will give them access to the payments infrastructure our economy runs on.

For all the talk about regulation killing innovation in other sectors or industries, the reality is that for financial services, and fintechs specifically, it is usually the opposite. The reason is that regulation, at its core, is about improving competition in a given sector by holding anyone who wants to compete in a specific market to the same or similar standards of conduct regarding safety, security and consumer protection.

The trade-off between innovation and regulation in financial services

Regulatory frameworks that favour open banking, in particular, create a more level playing field between incumbents and upstarts, incentivizing everyone – including incumbents – to do better to win over customers.

Unfortunately, Canada has shown limited interest in levelling the playing field, which is why many of our largest fintechs are still dependent on the infrastructure that is controlled by the institutions they are trying to disrupt.

It is a testament to the entrepreneurs who are building these businesses that they can succeed despite the lack of progress on financial sector policy modernization. The current uncertainty about when and if change is coming will make it harder to start and expand fintech ventures in Canada.

The past 15 months have shown Canada what many other countries around the world have known for some time: Progressive financial services regulations bring international investment and jobs to a country.

In Britain, where fintechs have access to payment systems and a comprehensive open banking regime that includes third-party payment initiation, capital and talent are pouring into the country. In 2020, Britain attracted £4.1-billion ($7.1-billion) of fintech funding. And more than 42 per cent of Britain’s fintech work force consists of people who have come from other countries.

In Australia, with a similarly supportive regulatory environment, fintech investment topped $1-billion in 2020.

Canadian fintechs raised $420-million last year, and in the first half of 2021, they raised $1.75-billion. The recipients of this capital, much of it from outside of Canada, will be hiring for hundreds of well-paying technology jobs immediately, with thousands more to come in the years ahead. As a country, we should be doing everything we can to foster this ecosystem.

A recent report from Britain, commissioned by its equivalent of Canada’s Ministry of Finance, pointed to Canada as a potential competitor for fintech capital and talent. We will not live up to this potential if we don’t start moving.

The road map to implementing a regulatory framework for open banking and payments is no secret. Several countries, including Brazil, started their journeys long after we began ours and went from consultation to implementation in a little more than 12 months. And the White House just issued an executive order that would lay the foundation for an open banking framework in the United States.

Canada’s politicians have lacked the motivation to push for this sort of action, but our fintech companies can no longer wait. We need it. And if we’re not going to do it in the name of competition and innovation, let’s do it for a more prosperous Canada.

Adam Felesky is co-founder and CEO of Portage Ventures. Ben Harrison is a partner and head of partnerships and policy at Sagard. 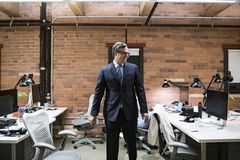 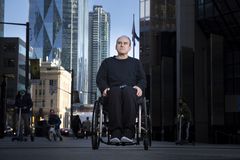 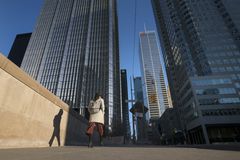