Like many things about Facebook these days, the company’s past practices deserve to be re-examined under a harsher light.

This time, it’s Facebook’s acquisition strategy, which I’ve previously commended but is now under a cloud. A founder of WhatsApp, the widely popular mobile messaging service that Facebook agreed to buy four years ago, is leaving the company. The Washington Post reported he clashed with Facebook’s senior executives over harnessing WhatsApp user information for advertising purposes, its revenue strategy and the strength of the app’s security protocol. This is a drama that deserves attention.

It’s not unusual for people who sell their company to have regrets after they see how the new owners treat their pride and joy, but the departure of Jan Koum is emblematic of how Facebook’s mercenary business imperatives can clash with technologists’ idealism. And the sour feelings of Mr. Koum and the other WhatsApp founder tarnish Facebook’s reputation with other would-be acquisition targets and highlight the company’s troubled track record with two of its three transformative purchases.

Facebook’s deals for WhatsApp and Oculus – struck within about a month of each other in 2014 for a combined US$22-billion – have each landed the company in hot water with regulators or exposed it to litigation, tarnished its reputation and haven’t fulfilled their financial promise. The founders of both acquired companies have left Facebook under controversial circumstances. Facebook’s 2012 acquisition of Instagram looks like the best technology acquisition of the past decade. The company’s other two big-ticket acquired companies still hold much promise but look more like headaches and question marks at the moment than company-changing deals.

WhatsApp hasn’t figured out how to make money even a year after chief executive Mark Zuckerberg excited investors by saying he was impatient about generating real revenue from the company’s two popular messaging apps, WhatsApp and Messenger. You can bet that Mr. Koum’s departure from Facebook clears the path for the company to dictate WhatsApp’s revenue strategy without the startup’s former leadership questioning the strategy. After Facebook’s recent quarterly earnings, Mr. Zuckerberg trumpeted the promise of mobile messaging as a “transactional medium” between businesses and their customers.

That could be music to the ears of Facebook investors, but Mr. Koum’s departure also brings more of the kind of negative attention that Facebook doesn’t need, especially on the eve of its annual lovefest with Facebook developers. Surely any company that might consider selling to Facebook will consider the unhappiness of Mr. Koum and the other WhatsApp co-founder, Brian Acton, who urged people to delete their Facebook accounts. And any regulator or politician suspicious of Facebook’s data-collection habits can now quiz Facebook on what made the WhatsApp founders so uncomfortable with Facebook’s strategy to harness information from the messaging app’s users. The European Union will surely have more questions.

Facebook’s other big acquisition in 2014, Oculus, the maker of virtual-reality headsets, also hasn’t panned out as expected. First, the deal dragged Facebook and Mr. Zuckerberg into an embarrassing lawsuit over the disputed origins of the Oculus product. Then Facebook was forced to deal with Oculus founder Palmer Luckey’s financing of a group that circulated unflattering internet memes of Hillary Clinton. The Oculus founder also left Facebook after an appropriate waiting period after those disclosures, but the episode continues to haunt the company. During Mr. Zuckerberg’s appearance before a U.S. Senate hearing, Senator Ted Cruz asked whether Mr. Luckey had been fired because Facebook is biased against conservatives. (Mr. Zuckerberg said no.)

That’s the kind of attention Facebook doesn’t need. And Oculus hasn’t been a bestseller yet, either, although neither have other virtual-reality headsets. Facebook in 2017 generated sales of US$711-million, or less than 2 per cent of its total revenue, from a category that includes Oculus. That’s not much to show so far from an acquired company that has forced Facebook to devote so much of its senior executives’ attention and flop sweat in courthouses and congressional hearing rooms.

Both WhatsApp and Oculus are incredibly promising products. More than 1.5 billion people use WhatsApp every month, and it’s the de facto form of digital communication in some huge countries including India and Brazil. That popularity is what made WhatsApp an attractive acquisition target in the first place. The question now, though, is whether the ugly aftermath of the WhatsApp and Oculus deals are a sign that Facebook has done more harm than good to its purchases. 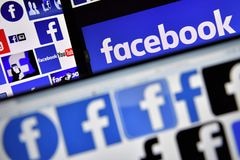 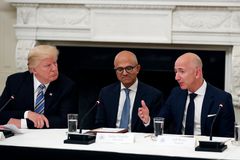