David Garofalo seemed to have everything going for him. A polished executive with a strong résumé in mining, he was hired to run Goldcorp Inc. in 2015, giving him control of what looked like a darling in a moribund sector.

Unlike many of its peers, Goldcorp came out of the commodity crash with a favourable view from investors. It had avoided mega-acquisitions. The balance sheet looked good.

Three years later, Mr. Garofalo has lost the confidence of shareholders. Goldcorp’s stock fell by more than half, hit by falling production and rising costs, prompting U.S. gold giant Newmont Mining Corp. to step forward this week with a deal to buy the company for US$10-billion. It’s not certain if Mr. Garofalo will have a job at the merged company. What is clear is that another big Canadian-based mining company is falling into foreign hands.

Cue the nationalist hand-wringing. This deal comes weeks after Barrick Gold Corp.'s Toronto head office was gutted by layoffs, thanks to its merger with South Africa’s Randgold Resources Ltd. At Barrick, Randgold’s former management team is now running the show – from the Channel Islands.

So the optics of this second takeover aren’t good, and Newmont knows it. In its announcement, the miner spelled out the deal’s benefits to Canada – a feature reminiscent of the measures BHP Billiton and China’s CNOOC took when they tried to sell their proposed acquisitions of Canadian resource companies a few years back. Newmont is trying to smooth over Canadian anxieties about watching Barrick and Goldcorp fall under foreign control.

But had those companies been better run, they’d be the ones consolidating the gold sector right now. Instead, they both blew it.

Barrick’s woes trace back to big blunders. The miner spent billions of dollars developing a mine in the mountains on the border of Chile and Argentina, only to shelve the entire project. And it bought Equinox Minerals Ltd. in 2011 for $7.3-billion, just as commodity prices were peaking. For that deal, company founder Peter Munk committed the cardinal sin: He paid cash.

Billions of dollars were eventually written off, and Barrick was left saddled with $13-billion worth of debt. Embarrassed by it all, Mr. Munk apologized for getting lost in a frenzy, calling the deal a “major mistake – entirely attributed to hubris," in a 2013 Globe interview.

After the Randgold deal was announced, many patriots said Mr. Munk, who died in 2018, would never have let Barrick lose its Canadian roots. But Mr. Munk’s fingerprints are still on the deal. He hand-picked Barrick executive chairman John Thornton as his successor – and within months of Mr. Munk’s death, Mr. Thornton engineered the merger.

Goldcorp’s trajectory was different. After spending years in the shadows of Barrick and Newmont, the miner briefly became the largest gold company by market capitalization a few years ago. It operates primarily in countries with minimal political risk, and management didn’t splurge on a megadeal during the height of the mining boom.

But Goldcorp was no saint. The company bought the Cerro Negro project in Argentina for $3.6-billion in 2010, only to write it down by $2.3-billion in late 2015. And last fall, its operations struggled with shrinking production and rising costs. “The company has failed on all fronts," Stifel RMG Group chief investment officer Peter Jacobs recently told The Globe.

Takeovers of large Canadian companies tend to pull on the heart strings. That makes it too easy to look past performance, which for Goldcorp has been abysmal. Since the deal was announced, Newmont’s shares are down 9 per cent. That suggests investors are worried that they’re paying a 17-per-cent premium for bad, or badly run, assets.

As a relatively small country living next to the world’s largest economy, we cherish companies that manage to thrive on the global stage. But ceding operational control to foreigners isn’t the end of the world. Foreigners bought major miners Inco Ltd. and Falconbridge Ltd. in 2006, and while the first few years looked a little rough – especially after a year-long strike at the former Inco mine in Sudbury that Brazil’s Vale acquired – ultimately those deals were no disaster for Canada. In the aftermath of a takeover, factors such as domestic government policy and union negotiations can matter more than head-office location.

Nor can we afford to be scared of foreign capital. Canadian miners have been major acquirers abroad, and foreign money has saved some of our companies before – most notably, the injection of Chinese cash into Teck Resources Ltd. during the worst of the global financial crisis.

There are times when a country should stand up for companies targeted by foreigners. Were Agnico-Eagle Mines Ltd. to see that happen, it would be sad. Agnico is a very good mining company, and has performed just as well as industry star Newmont in recent years.

But Barrick and Goldcorp? That’s a different story. This was a mess of their own making.

Hudbay Minerals investor looks to oust majority of board
January 16, 2019 Mystery solved: Why Newmont is offering a mere 2 cents in cash as part of its bid for Goldcorp Subscriber content
January 17, 2019 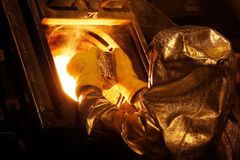