If the only way to get Fritos into bowls (leaving aside whether that should even be a goal) is to force people to work long hours in overheated factories, something apparently needs to give. For the workers at the Frito-Lay factory in Topeka, Kan., who staged a strike last month, what needs to change is their working conditions and, presumably, the deal they struck with parent company PepsiCo Inc. will help with that.

Over the longer term, however, the real shift will likely be toward the use of much more automation to churn out the snack foods in question, a reality that will solve and create problems at the same time, and which both sides at the table should talk about next.

The nearly three-week strike by the unionized workers in Kansas unveiled to the world a lot consumers might not have known about what goes into the manufacturing of their bowls of chips. Workers in the plant detailed what, by any measure, sound like dreadful conditions, including forced, back-to-back 12-hour shifts in non-air-conditioned plants that can hit temperatures of 100 degrees Fahrenheit (38 C).

Although the contract that was finally agreed on did not address every worker issue, it provided “additional opportunities for the union to have input into staffing and overtime,” which presumably will solve some problems over the short term.

The strike shows a darker side to the company that became visible amid the euphoria around PepsiCo’s recent quarterly earnings. Partly because of the COVID-19 pandemic, North Americans have been staying home, staying close to their couches and streaming services, and reaching for snacks. Since the snacks have included Doritos, Cheetos and Fritos (all brands manufactured by PepsiCo), sales have soared.

Last month, the company reported its second-quarter revenue was up 20 per cent from the same period a year earlier, thanks to strength in many of its divisions, including Frito-Lay North America. Following the announcement, PepsiCo shares rose to an all-time high.

Both the company and the workers, however, have had to cope with new economic realities as the COVID-19 pandemic begins to fade. On the earnings call after the announcement, company executives noted they were seeing higher costs for things such as freight and labour, and were likely to raise prices later this year. They also likely were having problems hiring enough people to meet the insatiable demand for snacks, hence the need to have workers put in longer hours against their wishes.

From the union side, although work hours topped the list of concerns that prompted the strike, after-inflation earnings were also an issue. With U.S. inflation now topping 5 per cent, the 4-per-cent wage increase negotiated in the two-year contract means inflation-adjusted earnings for workers will slide unless they actually put in more hours.

The Frito-Lay experience is being repeated in workplaces across North America as companies and workers sort out the pulls of high demand, high prices and the division of the spoils. As to what happens next, one (perhaps wistful) narrative circulating is that a recovery will lead to a rise in workers’ power and demands – whether through unions or not – and ultimately result in higher wages.

Unfortunately, that seems unlikely beyond the very short term. If more work cannot get done easily while keeping the price of Cheetos in check, the reality is that Frito-Lay and companies like it will try to find other solutions, and that probably means looking to fewer workers and more automation.

Frito-Lay is already well known for the sophistication of its operations, and during the pandemic it has ramped up its abilities. Giant consulting firm Gartner Inc. puts PepsiCo at No. 7 in its ranking of companies with top supply chains, no doubt noting things such as PepsiCo’s sophisticated data-gathering systems. If chip lovers in one zip code, for example, like Cool Ranch Doritos and those in another like Nacho Cheese ones, the company can adjust inventory quickly, and make sure everyone is happy.

Robots are already part of the process, too. PepsiCo has tried out a partnership with Robby Technologies Inc. that allows some university students to order snacks from an app and have them delivered by a six-wheeled mobile vending machine robot called Snackbot.

Snackbot doesn’t work on the assembly line at the Frito-Lay plant yet, but surely in many ways it would be better if the robot did. After all, machines don’t care about overtime and uncomfortable temperatures, nor are they able to spread viruses to each other. Unsurprisingly, companies have been using them, or other kinds of automation, at an increasing rate since the pandemic began.

As of June, U.S. employment in manufacturing is about 12.3 million, compared to 12.8 million before the pandemic. Some of the rest of the jobs will come back, although it is not clear how many.

It does not take a lot to figure out how this will go for the Frito-Lay workers, whether it takes one year or 10. This is not old-style bargaining, in which workers win some concessions, things change a bit and the assembly line goes on.

The next step will be for fewer workers as more automation comes in, and with that lower demand for labour will come less union bargaining power and fewer jobs. Economist Daron Acemoglu of the Massachusetts Institute of Technology has estimated that every automated device replaces six human workers, with about half of those workers finding new jobs and the other half forced into some form of early retirement. This is not to say that overall employment will not rise as technology advances, but the jobs will not be on assembly lines and will require different skills.

At the moment, we are in some zone late in the pandemic in which consumers are still snacking and workers are still getting them their snacks. The next phase of economic change may or may not have consumers cutting back on the Doritos, but it will certainly have new processes in place to manufacture them.

That is what workers and companies should be discussing and what will no doubt be on the table sooner rather than later.

Opinion
Our future labour force requires rethinking what education is – and who should actually provide it
June 27, 2021 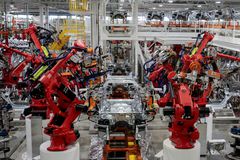 Opinion
Lessons from the pandemic can help companies and workers alike tackle the issue of overwork
May 30, 2021 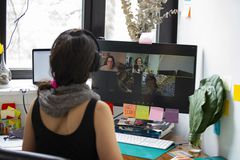 Opinion
How will the pandemic-induced ‘YOLO economy’ hit Canada?
May 2, 2021 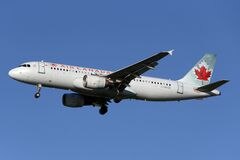