“The problems facing the multilateral trading system were not created by any one WTO member,” Mr. Carr insisted as he met last week in Ottawa with counterparts from the European Union, Japan, South Korea, Brazil, Mexico and a clutch of other countries. “And they cannot be solved by any one member.”

The unfailingly polite Mr. Carr is being diplomatic. This is all about the United States. No one would be talking with any urgency about reforming the Geneva-based global trade watchdog if it were not for what U.S. WTO ambassador Dennis Shea calls the “disruptive, constructive leadership” of the Trump administration.

Disruptive, for sure. Constructive, perhaps less so. With verbal swipes, threats to quit and a concerted effort to bring its work to a halt by blocking the naming of judges to the organization’s top appeals panel, the United States has plunged the WTO into an existential crisis.

The United States wasn’t invited to the Ottawa meeting. It did not need to be. The road ahead must go through Washington. The Trump administration has made the WTO a scapegoat for everything it doesn’t like about global trade, including its persistent trade deficits and grievances with China. And the United States is using its single vote among 164 WTO members to try to render the consensus-based organization dysfunctional.

Dealing with what amounts to U.S. extortion won’t be easy, given the long list of U.S. grievances. Both Canada and the EU have issued reform proposals in recent weeks. The Ottawa meeting was an effort to reach a consensus and move the process forward. A joint communiqué issued after the meeting laid out a list of broad objectives, including maintaining the dispute settlement system as a “pillar” of the WTO, strengthening the monitoring of members’ trade policies and “reinvigorating” the negotiating functions of the WTO.

“It’s difficult to see where these ideas would go,” says University of Ottawa law professor Debra Steger, a former Canadian trade negotiator and director of the WTO’s appellate body secretariat from 1995-2001. “They’ve thrown everything in there but the kitchen sink. There are some issues that need to be dealt with urgently or the WTO is going to fall apart and become completely dysfunctional.”

Among other things, the Trump administration objects to countries such as China gaining special status by declaring themselves developing countries; it questions China’s right to be in the WTO; and it faults the WTO for not forcing members to be more transparent about their subsidies.

Proponents of reform should think small. They should focus primarily on the WTO dispute-settlement regime, which is the crux of the current standoff. The United States is using its veto power to block all new appointments to the appeals body, which is the final arbiter of WTO trade cases. This has left the seven-judge appeals court with just three – the minimum required to hear a case. The terms of two of those judges are set to expire at the end of next year, at which point the appeals body would be forced to shut down.

The U.S. objections to the appeals body are many, and complex. The United States says appeals judges routinely take longer than the required 90 days to issue decisions and often stray into making laws rather than just adjudicating. And they are particularly upset about some recent decisions that have limited U.S. application of anti-dumping duties.

U.S. officials also reject the notion that the appeals body should behave as an international court – echoing its disdain for quasi-judicial bodies beyond the control of U.S. courts, including the International Criminal Court in The Hague and the North American free-trade agreement’s dispute-resolution regime.

Here, there may be room to negotiate. Canada, after all, managed to preserve independent dispute resolution in the recently negotiated United States-Mexico-Canada trade agreement. The United States might be convinced to soften its stand in exchange for limiting the power of appeals judges and enforcing faster decision-making.

On the longer-term challenges facing the WTO, Prof. Steger suggests the organization should embrace “tiered” negotiations, involving more limited numbers of members with a shared interest in specific sectors. She says that is already happening between countries on trade in services and environmental goods.

If the WTO lets itself get dragged into the escalating trade standoff between the United States and China, the reform efforts could bog down, as so many others have over the past couple of decades. 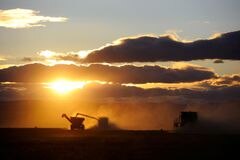 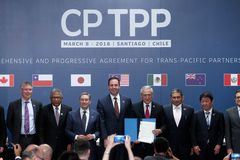 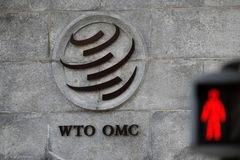