John Beaucage is an entrepreneur, corporate director and volunteer who served four consecutive terms as the elected chief of Wasauksing First Nation. In October, 2004, he was elected as grand council chief to serve the 42-member First Nations of the Anishinabek Nation, one of Canada’s oldest First Nations political organizations.

Frank Davis is Canada country head and senior legal counsel for Pattern Energy Group, one of Canada’s largest independent renewable power producers. Based in Toronto, he is a board member of the Canadian Renewable Energy Association and Public Health Ontario.

As we slowly emerge from the grip of a crippling pandemic, Canadians must now openly and honestly confront two challenges, our handling of each of which will affect life in this country for generations.

Canada now faces a reckoning with respect to our past and future relationship with Indigenous peoples, who have inhabited this land for thousands of years and provided the natural resources upon which this country was built. The process of recovery of hundreds of unmarked graves of Indigenous children at former residential schools may finally imbue Canadians with the knowledge that properly confronting this history can no longer be delayed.

It must be thoughtfully and urgently addressed today, by leaders in both the public and private sectors. It remains wholly inadequate to simply offer to bring Indigenous communities to the table for consultation and accommodation, or in some circumstances provide cash compensation. Rather, a new platform for collaboration and mutual growth must be forged. The global community, shocked to learn of Canada’s sordid and shameful history on these matters, is watching closely.

Canada also faces incredible domestic challenges to meet our 2030 and 2050 international commitments for greenhouse gas and carbon emission reduction. The magnitude of the problem is staggering and involves doubling Canada’s electricity grid by 2035 and the electrification of massive segments of our commercial and industrial economy.

Hundreds of Northern communities, still dependent upon diesel fuel for electrical generation, will need to be converted to clean power at a rate of one every three weeks in order to ensure Canada keeps pace with climate commitments. It is beyond debate that the only viable pathway to achieve these goals is to rapidly decarbonize Canada’s energy system and aggressively pursue green, renewable energy technologies as the means of powering our economy.

Failure to overcome these challenges, each of equally urgent priority, will deflate Canada’s already tenuous domestic sense of identity and faith in our institutions, and will permanently tarnish our standing on the global stage. Failure is simply not an option.

There is good reason to be hopeful, however: the renewable energy sector in Canada, and Indigenous leaders already know of a pathway toward a unified solution to these challenges. Meaningful economic partnerships between the private sector and First Nations, Inuit and Métis communities can unlock our collective potential to achieve Canada’s decarbonization goals and provide the desperately needed, even-keeled platform to co-invest, collaborate and succeed together.

Successful implementations of these partnerships are already under way across Canada. New regulatory models that ensure responsible renewable resource project development, sanctioned by both Canadian and traditional Indigenous legal systems, are being financed by the global investment community. Further, these projects have the rarified features of ensuring near-term employment and commercial opportunities for Indigenous-owned businesses and members, and significant long-term revenue potential for entire communities, while ensuring minimal environmental consequences and, ultimately, the ability to decommission the project and return the land largely to its preconstruction state.

The Henvey Inlet Wind project is a good example. The project is an initiative of Henvey Inlet First Nation, an Anishinabek community who by its own volition secured an Ontario Feed-In Tariff Program contract in 2010 for construction of a massive wind energy project on their reserve, located between Georgian Bay and Highway 69 near Britt, Ont.

In 2014, the First Nation, through its wholly owned subsidiary Nigig Power Corp., partnered with renewable power leader Pattern Energy on an equal basis to fund the project and complete development and construction in late 2019. The project is the largest wind venture in Canada and features 87 wind turbines constructed entirely on the First Nation’s reserve, within line of sight from the community’s residential reserve at Pickerel River, where 250 of its members reside.

The project was approved through an environmental stewardship regime designed and implemented by the First Nation under federal legislation. That means the project’s environmental effects, and the ultimate decision to proceed, were assessed and sanctioned directly by the First Nations community, as landlord and permitting authority, with legal standing to do so under bankable federal laws.

The project will be transformational for the Henvey Inlet community and will generate revenue that will allow Henvey citizens to gain an unprecedented degree of control over their economic future. Community recreation centres, schools, treatment facilities and emergency response capability are all on the community’s near-term priority list, all of which will be financed by project royalties.

The project’s 300 megawatts of clean, emissions-free electricity will generate enough power to meet the needs of more than 100,000 Ontario homes. The project is an example of several in Canada, but so many more are possible and must be encouraged through tangible policy implementation at a regional and provincial level.

Green energy partnerships between Indigenous communities and private enterprise in Canada represent an opportunity to move beyond rhetoric and create action on clear and present challenges. Our political leaders must now work to create the investment climate necessary to make more of these partnerships and projects a reality.

Indigenous-led projects must be given priority for federal incentives, and environmental regulators must defer to the authority ceded to First Nations governments under Canada’s First Nations Land Management Act. Provincial energy regulators and system operators must ensure Indigenous leaders are involved in system planning, including long-term generation resource adequacy and project sanction.

Finally, federal and provincial financing authorities must be prepared to bolster programs aimed at improving the bankability of Indigenous-led power projects, including Indigenous loan-guarantee programs.

Indigenous-led renewable energy partnerships will not create an overnight solution to Canada’s formidable challenges, but they will set us on a pathway toward reconciliation and a healthier, brighter future. 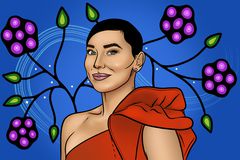 RBC names Indigenous leader Roberta Jamieson to its board
July 14, 2021 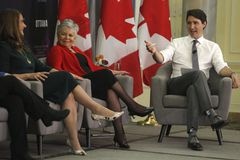 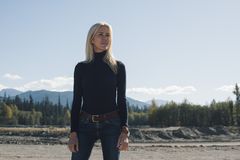