Canadians have plenty at stake in MDA Corp., the satellite, radar and space robotics company famous for the Canadarm grabber that ensured the Maple Leaf was emblazoned on space shuttle and International Space Station missions.

The country’s space agency is entering a new era that promises more exploration by public and private sectors, putting MDA’s technology front and centre. The company’s equipment and know-how is also critical to helping guard national sovereignty, especially in the Far North. What’s more, taxpayers have funded no small amount of what it has to offer.

Now, MDA’s parent company, Maxar Technologies Inc., is said to be seeking a billion-dollar deal to sell the company to help out Maxar’s financial struggles, and that could include foreign bidders. An old worry is cropping up: Such a transaction could put MDA’s stable of space, defence, maritime, satellite imagery and communications technology at risk of being transferred, once again, to foreign owners – where it really shouldn’t be.

Early this month, Reuters quoted the chief executive officer of Italian aerospace and defence contractor Leonardo SpA as saying his firm, in partnership with France’s Thales SA, were considering a bid for MDA. The news agency had reported in June that Colorado-based Maxar was considering a sale to pay down its US$3.2-billion debt load. Officials with Leonardo did not respond to a request for comment.

An agreement could be announced in the coming weeks, according to a source familiar with the situation. It was not immediately known how large the field of interested parties is, or whether all or a portion of MDA is on the block.

Any deal is sure to get intense scrutiny from Investment Canada due to its national security implications. And past government actions have shown heightened sensitivity around the company, formerly known as MacDonald Dettwiler & Associates Ltd.

For its part, Maxar declined to comment on plans for MDA, other than to say that it “is focused on strengthening our operational and financial performance, developing a strategy to drive long-term revenue, profit and cash-flow growth, and is assessing a variety of options to reduce leverage to achieve a more optimal capital structure for the company.”

There’s a lot of national pride attached. University of British Columbia professor John MacDonald and physics graduate Vern Dettwiler founded the company in a Vancouver garage in 1969, the year humans first set foot on the moon during Apollo 11. It went on to become a leader in robotics and high-resolution imagery of the earth’s surface.

How it became controlled from outside Canada is a complex tale.

MDA has been on the block before. Former prime minister Stephen Harper’s government put the kibosh on a $1.3-billion sale of MDA to a U.S. company, Minnesota-based Alliant Techsystems Inc., in 2008. Then-industry minister Jim Prentice ruled against the deal, partly because the United States would gain control over the Radarsat-2 satellite over the Arctic. The equipment, developed with taxpayer dollars, allowed the Canadian government to monitor its Far North territory.

The deal was heavily criticized by Marc Garneau, former head of the Canadian Space Agency and now Minister of Transport in Prime Minister Justin Trudeau’s Liberal government. “If you’re going to be a sovereign nation, you’ve got to act like a sovereign nation and Canada has got to have control over its space assets in this particular instance," the former astronaut said at the time.

Indeed, it was that proposal which prompted the Harper government to add the national security test to Investment Canada reviews.

MDA soon decided to chase U.S. government contracts including those with non-military clients, such as NASA and the weather service, but it also meant going after classified defence and intelligence work. In 2017, the company paid US$2.4-billion to acquire DigitalGlobe, a U.S. satellite operator specializing in producing optical imagery for the government.

That led to the operations being merged under the Maxar umbrella and its incorporation in the United States. Maxar stresses that MDA is operating as an independent business unit, but the corporate transformation has taken flak from the research community.

Meanwhile, Maxar’s shares are down more than 80 per cent in the past year, on fears about the company’s debt burden as well as the failure in January of its WorldView-4 satellite, which had generated revenues of US$85-million a year. That same month it replaced Howard Lance as its CEO, naming U.S. defence and intelligence veteran Daniel Jablonsky to the post.

The Trudeau government has shown it is willing to block a major takeover if it believes it has enough evidence that national security is under threat. Just last year, Ottawa scotched the $1.5-billion sale of engineering and construction company Aecon Group Inc. by a Chinese-controlled player, citing concern over infringement on Canadian sovereignty.

Surely, the potential takeover of key homegrown technology that put Canada on the extraterrestrial map would be at least as much of a worry.

Why Maxar shareholders found it hard to sell during the stock’s big plunge Subscriber content
January 23, 2019 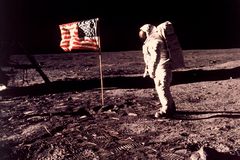 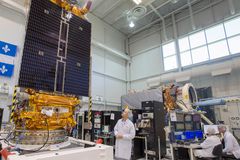