Coalition Avenir Québec Premier François Legault may have framed his decision Monday to join his conservative counterparts in Ontario, Saskatchewan and Alberta in opposing Ottawa’s carbon tax as a simple question of defending provincial autonomy. And there is little doubt that Quebec is genuinely concerned about the precedent that could be set if recent lower-court decisions upholding the tax are left to stand.

But the inconvenient truth facing Mr. Legault is that Quebec’s cap-and-trade scheme appears to fall short of the minimum standards under the federal Greenhouse Gas Pollution Pricing Act, with Ottawa’s carbon tax set to rise to $30 a tonne next year and $50 in 2022.

So far, Ottawa has only applied the federal tax in four provinces without their own carbon pricing schemes – Ontario, Saskatchewan, Manitoba and New Brunswick. It is also set to take effect in Alberta next year after Premier Jason Kenney’s scrapping of the carbon-pricing scheme implemented by the previous, NDP government.

Under Quebec’s own cap-and-trade program, large carbon emitters must purchase pollution credits above and beyond free allowances granted by the province. The credits are auctioned by the Western Climate Initiative, of which California is also a member. That means increases in carbon emissions in Quebec can be offset by reductions in California.

At the WCI’s May auction, credits fetched a record US$17.45 a tonne, or $23.48, up 11 per cent from the previous auction in February. However, the May sale was the first time in two years that previously unsold California credits were not put up for auction. That suggests prices could slip at the next one in August if previously unsold credits are included.

Given recent trends, the WCI carbon price is unlikely to reach or surpass $30 a tonne by 2020, much less $40 in 2021 and $50 in 2022. That raises the question of whether Quebec’s cap-and-trade scheme is stringent enough to comply with the minimum standards set by Ottawa.

When it initially announced plans for a federal carbon tax in 2017, the Trudeau government concluded that the cap-and-trade schemes then in effect in Ontario and Quebec were tough enough, based in part on the ambitious carbon-reduction targets their governments had set, which exceeded Ottawa’s own national target of 30 per cent below 2005 levels by 2030. Ontario’s Progressive Conservative government pulled out of the WCI after winning the election in 2018, leading Ottawa to impose the federal carbon tax in that province.

On paper at least, Quebec’s cap-and-trade scheme appears to comply with the federal law on carbon pricing. But much could depend on whether the price of credits on the WCI rises in the next few years and whether Quebec meets its targets for reducing greenhouse gases (GHG).

On Monday, however, Quebec Attorney-General Sonia LeBel appeared to be anticipating a clash with Ottawa with regard to the stringency of the province’s cap-and-trade scheme. “The problem with the federal law is that it subjects the cap-and-trade system to federal control, and that’s what we’re contesting,” she said.

The Ontario Court of Appeal declared that the federal law fell within Ottawa’s power “to legislate in relation to matters of national concern under the Peace, Order and good Government” clause of the Constitution. “The need for a collective approach to a matter of national concern, and the risk of non-participation by one or more provinces, permits Canada to adopt minimum national standards to reduce GHG emissions,” the court said.

In a dissenting opinion, however, Justice Grant Huscroft argued that to uphold the federal law would be to “sanction a change in the constitutional order – to increase Parliament’s lawmaking authority while diminishing that of the provincial legislatures, and to do so on a permanent basis.”

Quebec may have more at stake than its autonomy if the law is upheld by the Supreme Court. The fate of its cap-and-trade scheme could hang in the balance.

Opinion
The case for a World Carbon Bank 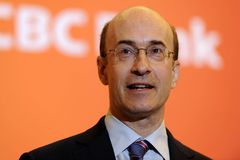 Opinion
A carbon tax should replace other, less efficient policies 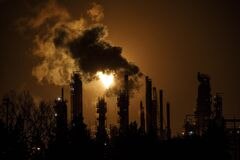