Tyler Hamilton works with clean-tech companies from across Canada as an adviser with the non-profit MaRS Discovery District in Toronto.

Canada has one of the world’s lowest-carbon electricity systems, the result of past investments in hydroelectric and nuclear power and more recent investments in wind and solar resources. Ongoing grid modernization, including rising use of energy storage and digital technologies, means our electricity will get even cleaner over time.

While encouraging, it’s important to remember that electricity accounts for only one-fifth of energy use in Canada. In households, for example, twice as much energy comes from burning natural gas, a major fossil fuel used primarily for space and water heating. If Canada is to meet its Paris climate targets, we will need to substantially reduce our use of natural gas, or figure out a way to economically lower its carbon content.

The Ontario city of Stratford, known for its popular Shakespeare theatre festival, is showing us one path forward. It has questioned the wisdom of sending food waste to landfills while, separately, handling sewage at wastewater treatment plants. Why not send all organic waste to the latter, and in the process turn that rotting food and sewer muck into a renewable fuel that can replace natural gas?

It makes good sense. Many wastewater treatment plants already have anaerobic digestion (AD) systems that use special micro-bugs to break down the organic material we flush down the toilet. This helps reduce the volume of solids that eventually get incinerated or go to landfill. The same process also creates biomethane, a potentially valuable carbon-neutral replacement for natural gas.

I say “potentially” because Stratford’s wastewater treatment plant has been flaring its biomethane for years, like other wastewater facilities across the province. It simply can’t produce enough of the gas to justify the cost of capturing it.

A few years ago, city officials began thinking more holistically. They realized that Stratford’s existing wastewater treatment plant could economically produce large volumes of biomethane if it started accepting and processing food and other green-bin waste from surrounding communities.

Doing so would require a $15.5-million upgrade, but by their calculation the economic and environmental benefits of “co-digestion” far outweighed the cost.

The project – which has moved from idea to design stage – will help Stratford and surrounding communities comply with a provincial mandate to divert more waste from landfills. It will also reduce greenhouse gas (GHG) emissions by eliminating biomethane flaring while producing a renewable fuel to displace fossil fuels.

The plant will become a profit centre for the municipality. When operational in 2020, it will generate revenue from the sale of “renewable” natural gas and the collection of tipping fees for receiving organic waste from its neighbours. There is even potential to sell the effluent from the AD system as fertilizer.

“You need a municipality like Stratford that is willing to be innovative and think outside the box,” said Alicia Fraser, vice-president of engineering at the Ontario Clean Water Agency, which operates the Stratford plant and is a lead partner in the project. “A lot of municipalities are now looking at this approach because Stratford has created the model.”

In Ontario alone, there are 68 municipal wastewater treatment plants with anaerobic digestion systems that could be similarly upgraded to turn food waste and sewage into clean gas and fertilizer. Across Canada, 1,500 plants have potential to make the transition, and there is a growing ecosystem of homegrown technology suppliers and developers ready to help, including StormFisher Environmental, Char Technologies and Cascara Energy, to name a few.

There’s also a big role for industry. Toronto-based Greenfield Global, the leading producer of corn-based fuel ethanol in Canada, decided a few years ago to build an AD facility beside its ethanol plant in Varennes, Que., as part of a unique collaboration with 27 neighbouring municipalities. This was in response to the Quebec government’s pending ban on organics going to landfills.

Each year, Greenfield’s AD system takes in 40,000 tonnes of source-separated organic waste and converts it to biomethane gas and fertilizer. Greenfield uses the carbon-neutral gas to displace 15 per cent of the natural gas consumed at its ethanol plant. The process also produces a nutrient-rich digestate used by local farmers as fertilizer. This novel arrangement has worked so well that other Quebec municipalities want in.

Crop waste could be next. Outbreaks of toxic mould in crops are becoming more common worldwide as the climate changes and weather gets more extreme. In the case of corn, the vast majority of which is grown to feed livestock, a mould containing a toxin called deoxynivalenol makes it inedible. In Ontario alone, this was the reason thousands of acres of badly infected corn last year had to be destroyed.

Although the starch in this mouldy corn can still be distilled into alcohol at ethanol plants, the toxin ends up being concentrated in the distillers’ grains, an important co-product of making ethanol because it can be sold as high-protein animal feed. For this reason, even ethanol makers will turn away deliveries of infected corn, and local farmers end up bearing the financial brunt.

Greenfield, as the single-largest purchaser of corn in Ontario, believes advanced AD technology it has developed could be used to salvage value from mouldy corn and other blighted crops, while returning some much-needed income back to affected farmers. Using the new technology, it wants to build an AD system beside its Chatham, Ont., ethanol plant that would profitably turn the bad corn, and eventually any form of organic waste, into clean fuel and quality fertilizer.

John Wilkinson, senior vice-president for sustainability at Greenfield, said the approach has massive potential, but broader deployment in Ontario won’t happen until there is more regulatory and market certainty.

Progress is being made. The federal government is consulting on a new Clean Fuel Standard, already successfully deployed in British Columbia and California, and there are programs that streamline permitting and create financial incentives to reduce GHG emissions, as in Quebec.

What is certain is that Canada has no chance of hitting its climate targets unless, like Stratford and Greenfield, we start treating our organic waste as a valuable renewable resource. 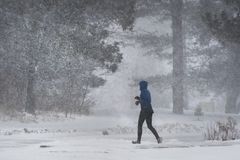 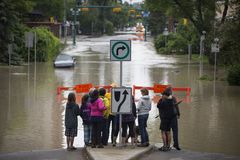 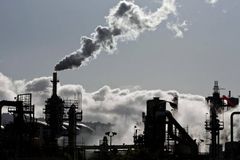