A group of seven central banks, including Canada’s, have issued a statement indicating they are working together on common principles and key features for a viable central bank digital currency, or CBDC.

The banks in Canada, Britain, the European Union, Japan, Switzerland, Sweden and the United States are getting serious about the threat that private digital currencies pose to the control of monetary policy. Just as importantly, the exclusion of China from the group signals that central banks are waking up to the threat to national sovereignty if they’re not in the official digital currency game or if China gets first-mover advantage.

Central banks have been monitoring the emergence of digital currencies (bitcoin, Facebook’s Libra and so on). But there is a new urgency because COVID-19 has accelerated the flight from cash. Private digital currencies are no longer a mere adjunct to normal “cash" transactions, but supplanting them. In Sweden, people using cash for their most recent purchases dropped to 13 per cent from 39 per cent 10 years ago. Experience differs from country to country, but the trend is clear.

Something else is now at play, however. Bank of Canada deputy governor Timothy Lane said it out loud. Official digital currencies can pose a strategic threat: “If one country introduces a central bank currency, then that immediately creates the potential for other countries to be affected … and that can create a whole other set of issues.” He likely has in mind China, where the People’s Bank of China is well down the road to going electronic.

The power to issue a CBDC has been getting higher on the list of “wants” by central banks around the world. A CBDC is an electronic version of legal tender (traditional banknotes and coins). It would be based on blockchain or other technology to keep it secure. The authority to issue a digital currency has moved suddenly from the “nice to have” to the “need to have.”

A number of factors are at play – the increasing attractiveness of private digital currencies including “cryptocurrencies” and “stablecoins” (such as Facebook’s Libra); concern about foreign control of digital payments platforms; the appeal of the anonymity that results from taking transactions out of normal, traceable channels; and concern over the loss of control over monetary policy. Add to this the fear that cash may be a vector for coronavirus transmission, as a recent Australian study has noted, and it’s a perfect storm.

No country can afford to lose control of its currency or blithely cede control of its payments system to foreign payments processors, sovereign or private. The writing is on the wall, or at least in the coding that is facilitating private digital payments. Cash is dead.

To do nothing is to abandon the field to cryptocurrencies. Bitcoin, the best known, is seen by central banks as having an underlying value too volatile to permit it to serve as a universally accepted unit of account to buy things, unlike cash or an official digital currency. Bitcoin is seen as more of a speculative commodity being traded in and of itself. Facebook’s Libra is only slightly more palatable because it is backed by real currency like the dollar, euro or pound.

Either way, central banks worry about their ability to track money transferred outside official channels. This impedes efforts to combat money laundering and other illegal activities. For China, private networks impede the ability to monitor the transfer of funds offshore.

Doing nothing may also mean increased dominance of the U.S. dollar. China has a long-term goal for the renminbi to supplant the U.S. dollar as the principal reserve currency in international transactions and settlements. While that may be a dream, China will not do anything to enhance U.S. monetary hegemony.

Being first out of the gate with a CBDC is an unsurprising strategic move for China supporting its geopolitical and economic aspirations. A Chinese CBDC would place China in a front seat in the contest to be the world’s next global currency.

The monopoly over the national monetary system (the right to supply and control the circulation of a national currency) lies at the heart of monetary policy sovereignty. Central banks jealously guard this power and won’t cede it to anyone else.

And it’s not just China that’s concerned about U.S. dominance. In a European Central Bank study into the benefits and drawbacks of digital currency, it was noted that many private payment service providers (those entities that process your electronic payments) are “of foreign ownership” and protectionist policies outside the EU could lead to payments disruption. A stated goal of the ECB is to ensure that European citizens “cannot be excluded from the payments ecosystem due to unilateral actions of others.” (Read: U.S. tech behemoths such as Facebook.)

Cryptocurrencies such as bitcoin and other private digital currencies do not benefit from the deposit insurance that protects money held in recognized and supervised financial institutions. Official digital currencies by contrast would likely have deposit insurance coverage. And an official digital currency would not sidestep or sideline a nation’s banking system but leave banks playing the same intermediary role they now play for cash and responsible for due diligence and client interface. No one wants a central bank to be the interface with individual customers screaming about bank charges.

Neither bitcoin nor Libra are backed (directly) by the “full faith and credit” of an official state issuer. A CBDC would be. That stability should count for something. However, policy makers may have an uphill battle convincing the public they have found the right balance between stability (of the national monetary system) and the privacy individuals say they want.

It is an uncomfortable reality that consumers want privacy but interact with all kinds of unregulated players as they go about their online financial activities. An official digital currency would be stable but not anonymous. 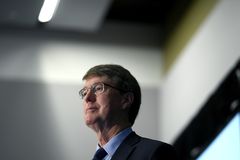