Those in the entrepreneurship ecosystem are well versed in the challenges and discrimination faced by female founders. We’ve all heard stories of unwanted “dates” under the guise of investor meetings, women being dismissed in pitch meetings or the creation of fake male co-founders in order to sidestep sexism and condescension from vendors. We continue to see the egregious underfunding of ventures led by Black Canadian women and visible minorities. The fact is, when it comes to what makes a successful entrepreneur, a narrow definition still dominates.

As we look toward economic recovery after the pandemic, we have an opportunity to design strategies that better meet the distinct needs of female founders, enable a broader range of entrepreneurs to scale up their businesses and encourage equitable long-term economic growth. Women currently comprise 28 per cent of all entrepreneurs in Canada, according to a 2019 BDC study, but only a small percentage of high-growth firm founders. This is significant when we consider the important role of high-growth firms, also known as scale-ups, as a source of job creation and revenue growth.

Scale-ups are defined as companies with an average annualized growth of at least 20 per cent in the past three years, and at least 10 employees. Much of the country’s current support for entrepreneurs targets start-ups rather than scale-ups, yet from 2000 to 2009, high-growth firms contributed between 38 to 47 per cent of all jobs created. Between 2011 and 2015, revenue-based scale-ups in Ontario alone generated $282-billion in revenue. It makes sense, then, that the federal government’s Innovation and Skills Plan aims to double the number of high-growth firms in Canada by 2025.

How do we ensure that female-led firms fit into these plans? To start, we need to better understand women’s priorities and the challenges they face as they scale their companies.

In Growing Their Own Way, a new study from the Brookfield Institute for Innovation + Entrepreneurship, in partnership with the Women Entrepreneurship Knowledge Hub, we interviewed two dozen high-growth female entrepreneurs to learn more about their needs and experiences. We learned that these founders are no less successful than their male counterparts, but their pathways to growth often look different.

The women we spoke to shared similar stories of having their competence questioned, and being disparaged as “mompreneurs.” Stereotypically, women are perceived to be more risk-averse than men when it comes to decision-making and taking on debt, despite the fact that research has largely debunked this claim. (In fact, there is a wider range to risk-taking among men and among women, than there is between men and women.)

In addition, women are more likely than men to run companies that have a social-good component baked into the business model. The approaches to risk described by our participants are varied and strategic: They described instances where they drastically altered their business model in order to improve product-market fit. High-growth female founders are confident and risk-savvy, though they may articulate and convey it differently than men.

Our participants also shared stories of perseverance. They consistently resist the “growth at all costs” mindset, instead designing a growth process that’s manageable in light of staff capacity and their own well-being. Many also acknowledged factoring in family planning to their growth decisions. Those doing so were no less ambitious than others.

However, either out of necessity or personal choice, they could not invest the requisite time to grow their companies quickly while their children were young. Related to this, growth strategies often involved alternative forms of networking – including weekend play dates and park meet-ups with business contacts – in order to accommodate childcare obligations.

As organizations are rethinking the types of resources necessary to invest in female entrepreneurs post-COVID, programs and training supports are a good place to start. But in the words of one woman we interviewed, “We’ve been trained to within an inch of our life.”

Let’s also redesign the institutions and cultures that perpetuate the unequal treatment of women, people of colour and all equity-seeking communities in the economy and beyond. This includes redefining what entrepreneurial success looks like, and how we measure it.

It is important to shine a light on the inequality experienced by female entrepreneurs. It is also important to acknowledge how resilient, ambitious and successful they are, and to celebrate all pathways to growth.

Jill Earthy is the chief executive officer at Women’s Enterprise Centre of BC. Kim de Laat is a postdoctoral fellow at the Institute for Gender and the Economy (GATE). They are both research collaborators with the Brookfield Institute for Innovation + Entrepreneurship at Ryerson University in Toronto. 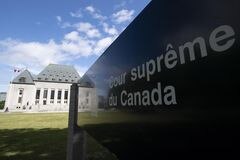 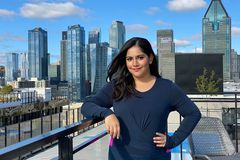 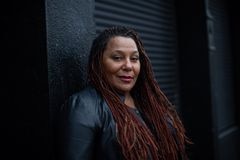