Deborah Yedlin is Chancellor of the University of Calgary and Scott Hutcheson is Chairman of Aspen Properties Ltd. They have been friends since 1987.

Long before laptops, smartphones and voicemail, we were junior investment bankers at Goldman Sachs (GS) in New York, from 1987-89. Two Canadian kids – one from Edmonton, Alta. and the other from Huntsville, Ont. – and neither from an Ivy League school. For us, getting a job at GS was like winning the lottery. Of 6,000 applicants for our cohort, 600 were interviewed and 65 selected.

We have read with great interest the response to the memo and presentation put to GS management about the working conditions for junior analysts.

In other words, the more things change, the more they stay the same: and nothing much has changed in terms of the analyst workload and expectations since 1989 – which is when we each left Wall Street to pursue further studies. What’s different today – as it is for everyone else working remotely – is that the work is being done in isolation, without the opportunity for in-person mentorship, guidance and the camaraderie that happens in the wee hours of a project or deal. That is definitely a challenge. On the other hand, there is no gruelling travel schedule to deal with on top of the long hours.

Let’s be clear: We knew exactly what we were getting into – including being well-compensated. And it was what we wanted to do. We wanted to learn everything we could about finance at the best investment bank on Wall Street. And we did. We worked with some of the best and brightest on Wall Street, were involved in deals that were innovative and exciting. You could easily say those two years we worked at GS were the equivalent of getting an MBA in finance.

We had the privilege of being exposed to people like Bob Rubin and Hank Paulson, each of whom went on to become U.S. Treasury secretaries in the administrations of President Bill Clinton and George H.W. Bush, respectively; Fischer Black, one of the two minds behind the Black-Scholes option-pricing model; and Jon Corzine and Phil Murphy, who each have gone on to serve as elected officials.

It was an intense two years, largely because of the lack of connectivity – we were often in the office late at night and usually into the wee hours. An early night was catching the cab line outside 85 Broad Street – which was in place until 10 p.m. – instead of calling one later, after work had wrapped up. Weekends were not off-limits and we lost track of the all-nighters we pulled. Friday afternoons were often spent trying to avoid the dreaded 4 p.m. phone call from a vice-president in the mergers and acquisitions department who would ruin a weekend with a work assignment.

Quality of life? The cafeteria in the basement was decent and some of us had gym memberships – which we managed to use a reasonable amount, but probably not enough to justify the monthly cost. Others used the cinder track that circled the reservoir in Central Park – 1.5 miles around – and our support networks consisted of our colleagues, mentors and family (wherever they happened to be). It wasn’t more complicated – or fancier – than that.

We come from a different generation. That might explain some of the difference between the analysts of our years, and those of today. We were raised to be resilient and self-sufficient. There was nothing resembling helicopter parenting; we were taught to stand up for ourselves – and to figure things out. No one was hovering to make sure we wrote our essays or met deadlines.

What we supposedly gave up in the two years of hard work and not much sleep, we gained in terms of a comprehensive understanding of how financial markets work – and don’t work. We were in the early part of our respective tenures when Black Monday hit Wall Street and haven’t forgotten the lessons learned from the analysis and explanations offered to us by the senior partners in the aftermath of that market meltdown.

Does investment banking need to change? Absolutely. It remains a segment of the financial services industry woefully lacking diversity in its ranks – right across the board, and especially in the upper levels. It was bad in the 1980s and meaningful change is not in evidence today. And we still hear stories of random deadlines – which we also experienced but are harder to manage in the 24/7-connected world – and the issues of pay equity and ever-elusive work-life balance have yet to be solved.

When we look back, there is no question our two years at GS were worth every long night and often-stressful days. Would we do it again? In a heartbeat. It was life-changing. The experiences, the knowledge and the friendships we have carried with us in the more than 30 years since we left, are priceless. 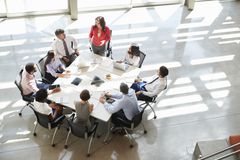 I didn’t get a raise because of child-care obligations. Is this discrimination?
Subscriber content
April 20, 2021