Top officials from the world’s most advanced economies will gather in Montreal this week to debate the future of jobs. The good news: There is a future for jobs. The bad news: We’re not ready for it.

Ministers covering portfolios spanning economic development and labour from the Group of Seven (G7) countries will be in Montreal to lay out an agenda for their leaders when they meet in Charlevoix, Que., in June.

The need to develop skills for the future is one of the few issues that may unite Prime Minister Justin Trudeau, U.S. President Donald Trump and British Prime Minister Theresa May as they confront an emerging world of work whose challenges transcend borders and ideologies. But they’re at risk of focusing too much on the current season of job creation – cue the politicians trumpeting record low unemployment – while missing the storm clouds of disruption on the horizon.

The Royal Bank of Canada has just concluded a year-long research project to better understand Canada’s skills economy, using a set of algorithms we developed to examine more than two million job postings, across 300 occupations. We augmented the data with roundtables across the country, with students, educators and policy makers, and interviews with Canada’s largest employers.

The findings are both encouraging and alarming:

While the challenges will affect all generations and occupations, we think the power of automation will be felt, over time, most acutely by Canadian youth, who will experience the greatest disruptions and be required to manage them into the 2030s and beyond, using a blend of technological and human skills that we’ve not yet mastered.

As our report, Humans Wanted, says, “for a young person entering the 2020s, there’s no better place to start than right here in Canada. Trouble is, we’re not adapting fast enough to a world of work that’s changing at warp speed.”

Here’s what we need if we’re to keep pace:

When the G7 gathers to address a world in high anxiety, Canada has the chance to address one of the underlying currents of that concern – and to invest in a new generation that can lead us through an age of automation that will be more digital, global, connected and mobile than anything we’ve seen. In this new machine age, it’s our chance to remind the world that we’re human after all.

You can read the full report at rbc.com/humanswanted

John Stackhouse is senior vice-president in the Office of the CEO at the Royal Bank of Canada, and a senior fellow at the C.D. Howe Institute and the University of Toronto’s Munk School of Global Affairs. 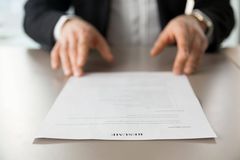 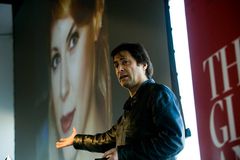