It’s tempting to break out the balloons and party hats over the U.S. report on first-quarter gross domestic product. But beneath the surface of the happier-than-expected result, there is little cause for celebration. In fact, the details may contain an early warning signal of an impending U.S. slowdown by the second half of the year.

The U.S. Commerce Department’s preliminary reading of first-quarter GDP, released on Friday, estimated quarter-over-quarter growth at a 3.2-per-cent annualized rate – far better than the roughly 2 per cent most economists had expected. The result seemed to dispel fears that growth in the United States was headed into more sluggish times, weighed down by a slowing global economy as well as the waning of stimulus effects from last year’s U.S. tax cuts. After a bit of a lull in the fourth quarter of 2018, when growth clocked in at a relatively modest 2.2 per cent, the U.S. economy looks to have got back on its 3-per-cent-plus track.

Still, there are good reasons not to be too quick to slap a gold star on this report. For one thing, it’s just the first of three readings of quarterly GDP the commerce department will publish – and the first reading is notoriously inaccurate. Historically, the average revision between the first GDP growth estimate and the third is 0.6 percentage points in either direction. When you see a first estimate that’s much higher than economists have calculated based on other data for the quarter, it looks ripe for a downward revision.

But even if we take the GDP estimate at face value, this might be about the weakest 3.2 per cent you’ll ever see.

An awful lot of the growth in the first quarter came from two components: net trade (exports minus imports) and inventories. Excluding those two components, GDP would have been up only 1.5 per cent.

In the case of trade, the growth was largely a function of declining imports – which by pure arithmetic resulted in an improved net trade number. Meanwhile, inventory-driven GDP growth is generally fleeting; when businesses build up their inventories in one quarter, they’ll often work them down in subsequent quarters, scaling back their production in the process.

In any case, neither component is a vote of confidence in underlying demand in the U.S. market - which showed some serious cracks in the first quarter. Paul Ashworth, chief U.S. economist at London-based Capital Economics, said that final sales to domestic purchasers were up a thin 1.4 per cent annualized, the smallest increase in more than three years. Personal consumption was up just 1.2 per cent – its weakest quarter since the middle of 2013.

Even more concerning, though, are the scars from the U.S. Federal Reserve’s interest-rate increases of the past two years that are plainly visible in this report.

Adam Cole, chief currency strategist at RBC Dominion Securities, said that “rate-sensitive GDP” – a measure he puts together of the components of U.S. GDP that are most sensitive to interest-rate changes – fell 2.9 per cent annualized in the first quarter. It’s the first negative reading for those components – home construction, spending on durable consumer goods and business investment in equipment – since the Great Recession in 2009. 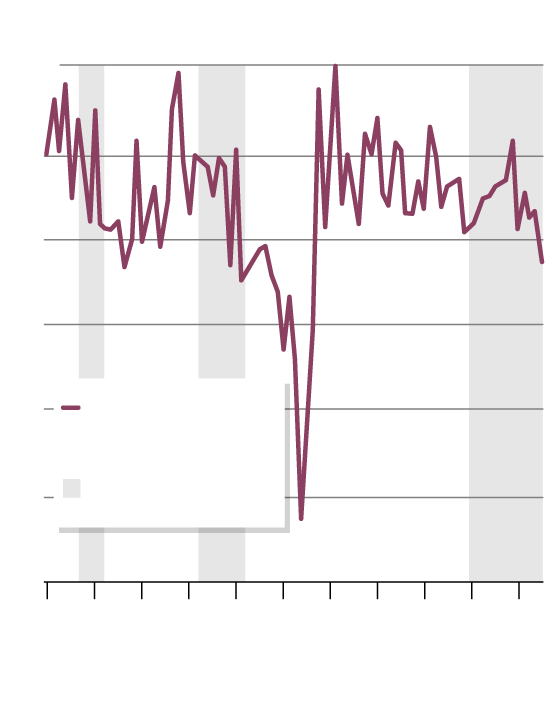 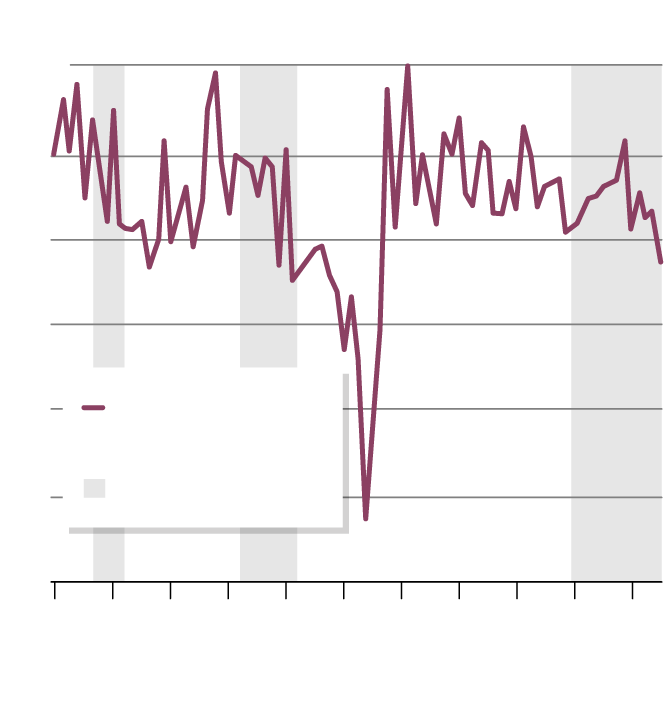 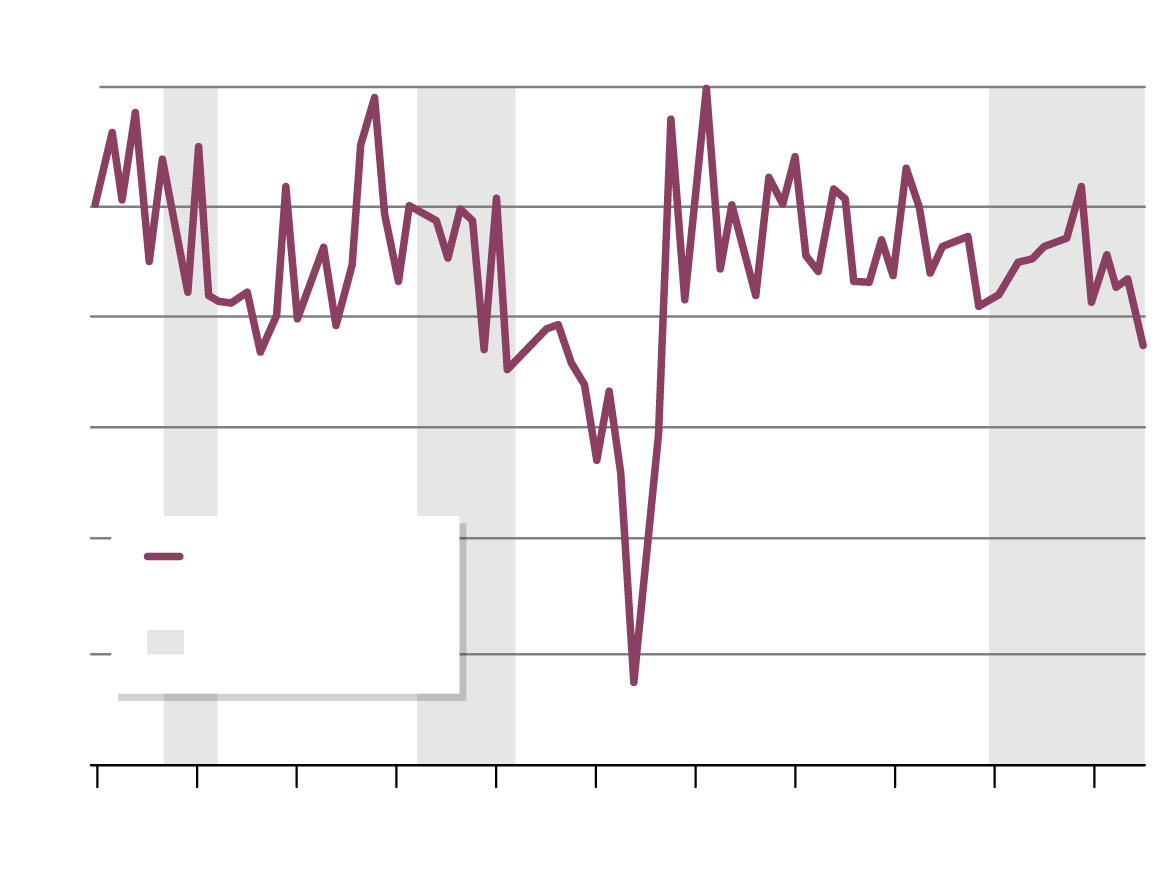 That’s potentially a very big deal. Historically, Mr. Cole says, a contraction in rate-sensitive GDP is a precursor of a downturn in overall GDP. On average, there’s a lag of about two quarters before we see the broader economy hit.

“A severe slowdown in these [rate-sensitive] sectors is an early warning of policy-induced slowdown in the broader economy,” Mr. Cole wrote in a research report.

This is consistent with what we know about the typical time it takes for the impact of rate changes to work their way throughout the entire economy – anywhere from 18 to 24 months. The mid-point of the Fed’s current tightening cycle was roughly the end of 2017; it would be pretty much on schedule, then, to see the bite from those hikes start to really dig in around the second half of this year.

It also lends some statistical justification to fears in some quarters that the Fed might have raised rates too fast, too high or for too long – it was, after all, still hiking as recently as December, despite signs of a global slowdown that had begun to weigh on the U.S. economy. For those who believe that Fed over-tightening may feed into a recession, this is a pretty compelling canary in the coal mine.

Mr. Cole cautions that it’s too early to draw such conclusions. This is, after all, a very small contraction in rate-sensitive GDP (it plunged by double digits in the Great Recession), and it’s a single quarter.

Still, it’s more than enough to be nervous about this seemingly upbeat U.S. GDP report. This 3.2 per cent is built on a house of cards, and it’s visibly wobbling.