It was optimistic to think that politicians in Canada and the United States would put aside their usual shenanigans to address the unprecedented economic crisis both countries face as a result of public health measures taken to slow the spread of the coronavirus pandemic.

In the U.S., members of Congress have wasted precious time in recent days bickering over the contents of a fiscal package to respond to the crisis, even as preliminary data showed a record number of Americans lost their jobs last week.

Democratic New York congresswoman Alexandria Ocasio-Cortez accused Republicans of “pushing a crony capitalist slush fund for friends and donors.” Republicans shot back that Democrats were seeking to stuff the legislation with permanent spending measures unrelated to the current crisis.

“Do you think that that was a good look for the United States government, to see people acting like a bunch of kindergarteners sniping at each other?” Alabama Senator Doug Jones asked on Monday after a Republican-sponsored bill failed to rally the 60 votes needed to advance in the Senate, in part out of Democratic concerns that President Donald Trump’s own company could be eligible for a government bailout.

If you think things are better north of the border, think again. On Monday, Prime Minister Justin Trudeau’s government depleted any Opposition goodwill that might have previously existed by circulating draft legislation that would grant the federal cabinet extraordinary powers to change taxation and spending levels without Parliamentary approval until the end of 2021.

While it might seem reasonable in a crisis to temporarily dispense with democracy – which, admittedly, can be cumbersome at times – the powers Mr. Trudeau was seeking were the opposite of reasonable. The Liberals looked like they were trying to use a crisis to spare their minority government from having to account for its actions for the next 21 months.

Instead of fostering unity of purpose in Ottawa, Mr. Trudeau and Finance Minister Bill Morneau have created an atmosphere of distrust at the worst possible moment. Conservative Leader Andrew Scheer accused the Liberals of making a “power grab” and called on the government to limit measures in the bill to those already announced by Mr. Morneau, amounting to $27-billion in direct aid and $55-billion in deferred taxes.

But those measures won’t come close to being enough to address a looming economic meltdown. This country is on cusp of perhaps the worst recession in living memory.

Before it is over, Ottawa will need to shovel previously unfathomable sums of money out the door to help individuals and businesses get through the crisis. Some policy moves, such as bailing out businesses that were struggling even before the crisis, may make you cringe. Yet we will have to hold our collective noses in the name of a greater good.

Ottawa will need to act fast to alleviate the economic dislocation of millions of Canadians and their employers. But that doesn’t mean the Trudeau government can use the need for speed as an excuse to avoid accountability.

In Washington, Democratic and Republican leaders moved on Tuesday toward a compromise that would involve the creation a five-person congressional panel to oversee a US$500-billion fund aimed at saving distressed corporations. Democrats want to place conditions on any aid to prohibit bailed-out companies from paying dividends or buying back their shares, and to ensure corporate aid is aimed at paying workers.

In Canada, the list of companies lining up for help is growing fast.

Long-struggling Bombardier Inc. faces yet another cash crunch as it halts all non-essential work at its Canadian plants. On Tuesday, the company said it was cutting all discretionary spending and “pursuing additional measures to enhance liquidity.”

Bombardier did not specify whether government aid is one of those measures. But if past is prologue, it surely is.

Transat AT has already laid off 70 per cent of its work force, as it moves toward suspending all Air Transat flights by next week. “We need help,” chief executive Jean-Marc Eustache said earlier this month, before Ottawa closed the border to foreign travellers.

Transat had been awaiting regulatory approval of its proposed takeover by Air Canada. But Canada’s flagship carrier may not come out of this crisis in any shape to absorb its rival.

In Washington, the Trump administration is expected to provide US$50-billion in loans to U.S. airlines to get through the crisis. Canadian airlines may need a proportional sum to stay afloat until passengers return.

Any aid to the airlines is likely to pale, however, in comparison with what Canada’s oil patch will need to weather the double whammy of a recession, and a global price war that will leave thousands of Albertans out of work and many of their employers facing insolvency.

No one is thrilled at the prospect of corporate bailouts galore. But if Canada and the United States are to ensure their economies retain the productive capacity that will be needed when the crisis subsides, their governments will need to step up in the interim. And to get back to business as usual, politicians will need to suspend politics as usual, just for a while.

Opinion
A wartime economy is a very particular thing
March 24, 2020 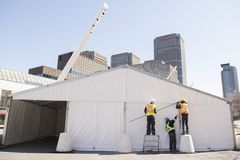 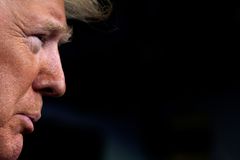