A recent report from the United Nations’ Intergovernmental Panel on Climate Change sounded an urgent warning about the profound – and not very distant – consequences of a warming globe. In response, many citizens, leaders and experts have called for action, often in the form of a price on carbon. Some are even arguing that the combination of a carbon tax and rebates to individuals might mean that many Canadians come out ahead on two counts: more money in their pockets, and less greenhouse gas (GHG) in their atmosphere.

Proponents consider a tax the most effective way to bring about an urgently needed change. Opponents have various responses: Some don’t believe there’s a problem to be solved, some call a carbon tax a cash grab, and others argue that Canada only accounts for a small proportion of GHG emissions globally, and so shouldn’t punish itself. As with most issues, the share of the public that’s passionate and engaged on either side of the issue is relatively small. But what about the rest? Where do Canadians stand on climate change and carbon pricing?

Generally speaking, it’s fair to say almost nobody wants to pay new taxes. (That said, many are open to new taxes that someone else pays – for instance, the rich, corporations, heavy emitters or others.) But while Canadians aren’t likely to march in the streets asking to be taxed, in some cases they will nevertheless accept a new tax. Our data suggest that most Canadians would probably accept a price on carbon, primarily because they’re concerned about the likely consequences of climate change.

For more than a decade, Environics has been tracking Canadian opinions about the environment, climate change and related issues. In recent surveys, almost nine in 10 Canadians express some level of concern about climate change, including six in 10 that express high levels of concern – saying they are extremely or definitely concerned. Only about one in 10 are not very or not at all concerned.

Although they’re concerned, Canadians are aware that climate change is a complex topic and most don’t feel very well-informed about it. A minority of about three in 10 report being very (or extremely) well-informed.

On carbon pricing, majorities in most regions are supportive; Alberta and Saskatchewan are the exceptions. For many Canadians, it appears their concern about the consequences of climate change is strong enough that they’re willing to bear some cost to help stop it.

These overall patterns, however, mask a number of important undercurrents. First, over time, the level of concern about climate change has trended downward, from a high in 2007 of almost four in 10 extremely concerned, to about two in 10 more recently.

Second, while households’ willingness to pay for climate action grew from less than half in 2008 to almost six in 10 by 2012, that trend has since reversed; willingness to pay has recently returned to 2008 levels. It appears that in a low-awareness environment, the absence of a clear and compelling case for carbon pricing has allowed opponents to chip away at support.

A third trend strikes a contradictory note: Although Canadians have become less worried about climate change and less willing to pay to help stop it, they’ve also become increasingly persuaded that government-imposed fees or taxes will be required to drive environmental action. We’ve been asking Canadians for years whether environmental change is best effected through voluntary action by individuals or through government actions (fees or taxes); 2017 was the first time a majority chose the government option. A slim majority now feels that voluntary action is not enough to address the challenges we face.

In summary, with Canadians expressing a desire for government leadership, a substantial amount of concern about climate change, and moderate support across much of the country for a carbon price, the time may be right for bold action along the lines of the national carbon tax currently under discussion. No policy will be popular with all Canadians, but the data point to a reasonable chance that a carbon tax will be acceptable to the majority.

A caution, however, is that majority support does not always trump a mobilized (and efficiently distributed) minority in Canada’s first-past-the-post electoral system. If the group of Canadians willing to support a carbon tax splits its votes between parties, a party representing the will of an opposed minority can impose that will on the country. If any party decides to run on a pro-carbon-tax platform, it will need to make a clear case for why it’s needed, and how the revenue it generates will be distributed. 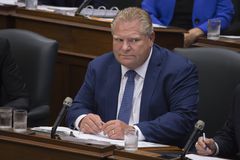 Opinion
Clear and present danger: The urgency of a good climate policy
October 15, 2018 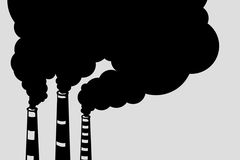 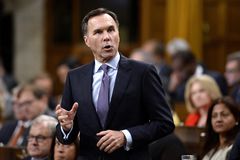