Canada’s labour recovery got a big boost in March, though progress could stall as parts of the country impose tighter restrictions to contain a third wave of COVID-19.

Employment rose by 303,100 last month and the unemployment rate fell to 7.5 per cent from February’s 8.2 per cent, Statistics Canada said Friday. The gain was triple what economists had expected, and followed an expansion of 259,000 the previous month. Even so, compared with before the pandemic, around 300,000 fewer people are employed, a decline of 1.5 per cent.

The labour surge was driven by six-figure gains in full-time and part-time work, while the number of self-employed jumped by 56,000 people, the first increase in three months. About two-thirds of job creation came in the private sector. Notably, the labour force participation rate rose 0.5 percentage points to 65.2 per cent, just short of a full recovery.

Still, the labour market remains highly sensitive to the virus’s path. British Columbia, Ontario and Quebec have recently tightened restrictions as their caseloads climb because of contagious variants of COVID-19. While the provinces’ approaches vary, they tend to focus on retail and other public-facing service industries that have already suffered greatly in the pandemic.

“It is therefore likely that many of the gains in the high-contact service sectors will be reversed in April,” said Stephen Brown, senior Canada economist at Capital Economics, in a note to investors. “Nevertheless, the key takeaway from this report is the speed at which employment jumped once businesses saw an end to the pandemic in sight.”

Looser restrictions in March were apparent in Friday’s numbers. Wholesale and retail employment rose by 91,800 – the strongest performance by an industry – to fully undo the damage of the second wave and bring industry jobs to within 0.9 per cent of prepandemic levels.

Outside of industries tied closely to public-health measures – retail, hospitality, and arts and recreation – employment increased by around 130,000.

Those industries “are really showing resilience,” said Claire Fan, an economist at Royal Bank of Canada, in an interview. “That’s something that a lot of people have failed to appreciate,” she added, noting that strength outside pandemic-exposed sectors should help dampen damage that awaits in April.

March brought another large increase for young Canadians aged 15 to 24. Employment in that cohort climbed by 115,000, driven entirely by part-time work. Still, young women have a particularly long road to recovery. Their employment is down 9.5 per cent from February, 2020, compared with a 3-per-cent drop for young men.

“Young women continue to be more affected than young men by pandemic-related changes in the labour market,” Statscan said Friday.

Despite prospects of a downbeat April, Friday’s labour report elicited a lot of enthusiasm from Bay Street analysts – in large part because companies appear eager to hire when they’re able to open their doors.

“The big message from [Friday’s] report is that it is now quite clear that prior job losses can be recovered surprisingly quickly when the economy more fully reopens,” said Bank of Montreal chief economist Doug Porter in a note to clients.

Ms. Fan of RBC suspects that jobs in lockdown industries will “bounce back pretty quickly” as the virus is brought under control and containment measures can be eased permanently.

“Businesses that have already made it this far into the crisis have little reason to not hang on, especially now that they’re seeing the finish line,” she said. “We still expect many of them to hang through for the next couple of months.” 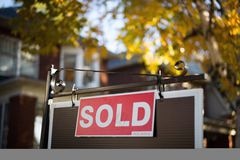 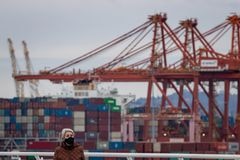