Mark Rendell
Published May 13, 2021 Updated May 13, 2021
For Subscribers
Comments
Text Size
Please log in to listen to this story. Also available in French and Mandarin. Log In Create Free Account

Bank of Canada Governor Tiff Macklem said the central bank remains focused on an inclusive economic recovery that brings women, youth and racialized Canadians back into the work force, even as it begins to tighten its monetary policy.

“We are in the sharpest and most unequal economic cycle in our lifetime,” Mr. Macklem said in a virtual speech to a group of universities in Atlantic Canada on Thursday, noting that low-wage workers have borne the brunt of job losses throughout the pandemic.

“We won’t fully heal the economy until we address these unequal impacts. And rather than just trying to recover to where we were before the pandemic, maybe we can bring the economy to a better place for everyone,” Mr. Macklem said.

This has been a recurring theme for Mr. Macklem; his last major speech, in February, also focused on the unequal impact the pandemic has had on the labour market.

At the same time, the bank has taken the most aggressive approach among global central banks in beginning to wind down the extraordinary monetary stimulus launched last spring. Three weeks ago, the bank cut its weekly federal government bond purchases by 25 per cent and pulled forward its timeline for a potential interest-rate hike.

Mr. Macklem also acknowledged that some of the bank’s own actions over the past year – cutting rates and buying Government of Canada bonds, also known as quantitative easing – may be fuelling inequality. The main goal of quantitative easing is to reduce borrowing costs, which stimulates demand and encourages job creation, Mr. Macklem said. But QE also boosts asset prices.

“That benefits Canadians’ RRSPs, their pension plans. But wealth isn’t distributed equally in society, so it can benefit wealthy Canadians more than other Canadians,” he said in a news conference after the speech.

The speech comes on the heels of the April jobs report from Statistics Canada that showed the labour-market recovery stalling amid renewed lockdown measures. Employment fell by 207,000 jobs last month, and the unemployment rate rose 0.6 per cent to 8.1 per cent.

In the news conference, Mr. Macklem said the bank’s outlook for inflation remains largely unchanged from its April projections, despite stronger-than-expected U.S. inflation numbers, published Wednesday. The U.S. consumer price index rose 4.2 per cent in April, compared with the previous year, while core inflation – which excludes volatile elements such as food and gasoline – was up 3 per cent. Much of this increase was the result of year-over-year comparisons with low prices early on in the pandemic.

“Large parts of our economy remain very weak. There are far too many Canadians unemployed, and that is putting downward pressure on inflation. And so yes, we expect [CPI inflation] to go up to around 3 per cent [in the coming months] and then diminish thereafter,” Mr. Macklem said.

Mr. Macklem’s challenge right now is balancing inflation pressure – which is coming from large amounts of fiscal stimulus, pent-up consumer savings and supply chain bottlenecks – with his goal of achieving an inclusive economic recovery. In an effort to do this, Mr. Macklem and his team are looking at a broader set of labour-market indicators than just the aggregate unemployment to determine what “full employment” looks like.

“This pandemic has had very unequal effects on Canadians. It has particularly affected low-income workers, women, racialized Canadians, new immigrants, youth. So we can’t just look at the macro aggregates. We’ve got to look under the hood, we’ve got to look at things on a more disaggregated level,” he said.

In this, the bank appears to be in line with the U.S. Federal Reserve, which has redefined its idea of full employment to take into account segments of the population that tend to rejoin the labour force later in an economic recovery.

In the news conference after the speech, Mr. Macklem was asked whether the next senior deputy governor would be a woman. The position has been empty since Carolyn Wilkins’s departure in December. All five members of the current governing council are white men.

Mr. Macklem said he could not comment on the recruitment process, but he did say that “moving forward, I think it will be important for the governing council to become more representative of the diversity of Canadians.”

Opinion
COVID-19 and the dawn of the corporate dead
Subscriber content
May 13, 2021 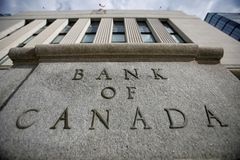 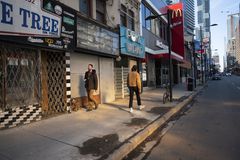 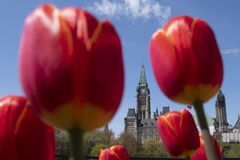