Pengrowth Energy Corp. has agreed to be taken over by Cona Resources Ltd. in a deal that keeps its lenders whole, but leaves little for hard-hit shareholders.

Pengrowth, which put itself on the auction block last March, said privately held Cona will pay 5 cents a share for the company, once one of Canada’s most successful income trusts. That puts the equity price in the deal at about $28-million.

Cona, owned by Waterous Energy Fund, will pay the debtholders what they are owed, an amount equal to about $712-million. In addition, shareholders are being offered a cut of any award Pengrowth receives as part of a litigation in which it is involved, the company said, without describing the case.

The price is a bitter pill for shareholders of Pengrowth, whose stock was worth 71 cents a share when the company, best known for the Lindbergh heavy oil project in northeastern Alberta, began its formal sales process. The largest shareholder, with 28 per cent, is mining and energy financier Seymour Schulich.

The stock tumbled 75 per cent to 5 cents on the Toronto Stock Exchange after the announcement of the deal.

Pengrowth urged its shareholders to accept, even though it is worth far less than the stock price prior to Friday, saying it has no other access to capital. All its directors and executives agreed to support the deal, the company said.

Indeed, the deal caps a dismal week for Alberta’s energy sector, which has lamented a lack of access to capital for development, citing chronic delays in adding export pipeline capacity to new markets. On Thursday, Encana Corp. said it was changing its name to Ovintiv Inc. and moving its headquarters to the United States to access more investment from U.S. index funds.

Encana CEO Doug Suttles emphasized that the move was not in reaction to political uncertainty in Canada, and that no jobs would be cut. But conservative politicians, led by Alberta Premier Jason Kenney, blamed perceived anti-energy-industry policies by Ottawa for the move.

For Pengrowth, Cona’s purchase would close a difficult chapter that saw its value dwindle as the company completed the Lindbergh project just before oil prices began a years-long downturn in 2014.

Pengrowth was once one of the largest and most prominent energy trusts, with naming rights to Calgary’s Saddledome, home of the NHL’s Flames. In 2011, it enjoyed a market capitalization of $4-billion. But it struggled after its transition to a regular corporation when Ottawa essentially put a stop to income trusts. Since then, it has shed several properties to focus on its main operations – Lindbergh heavy oil and natural gas in northeastern British Columbia.

In late 2018, the company sought new financing in the high-yield debt market, but was unsuccessful in securing any, leading it to seek buyers.

Mr. Schulich, who previously asserted Pengrowth was worth far more than the market was valuing it, declined to comment on the deal on Friday.

Waterous founder and former investment banker Adam Waterous said he would wait until Pengrowth shareholders vote before commenting. Cona is entitled to a break fee of $45-million if the deal falls through or if Pengrowth agrees to a higher offer.

Shareholders are scheduled to vote on the transaction on Dec. 18. 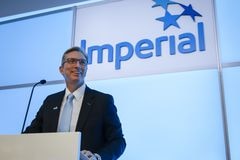 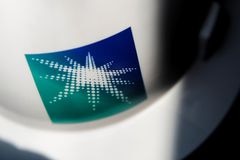 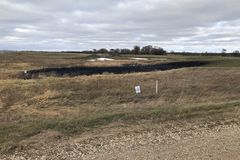