Saudi Aramco shares fell by as much as 10 per cent on Monday, extending a dive below the initial public offering price, after Saudi Arabia cut its official selling prices for crude and global oil markets plunged in response to news of a big output increase.

Aramco fell below its IPO price on Sunday for the first time since trading began in December when the company’s listing was seen as a culmination of years of Crown Prince Mohammed bin Salman’s efforts to diversify the economy.

Since then sentiment towards oil and oil shares has been damaged by the impact of the coronavirus on demand and Russia’s refusal to support deeper output cuts, prompting the Organization of the Petroleum Exporting Countries to remove all limits on its own production.

Shares in Aramco were at 27 riyals ($7.20) in early trade, 15.6 per cent below its IPO price of 32 riyals, which in December valued the company at $1.7-trillion in the world’s biggest share offering.

By midsession trade, prices had stabilized slightly and were 6.8 per cent lower versus the day’s early lows that marked a 10 per cent fall from Sunday’s close.

Benchmark Brent crude fell by up to a third on Monday after Saudi Arabia, the world’s lowest cost producer, said it would increase output to gain market share.

“The Saudi reaction to the breakdown (with Russia) was to revert to the 2014 playbook. By precipitating an oil price collapse, they are looking to end their subsidy of higher cost producers,” Akber Khan, head of asset management at Al Rayan Investment, said.

“This is a painful strategy that requires time to play out and failed on the previous attempt.”

Aramco’s stock hit an intraday high of 38.70 riyals on its second day of trading but has eased since because of concerns the valuation was too high.

Arqaam Capital cut its Aramco rating to hold on Monday, citing the company’s exposure to the oil price cut and the impact on its 2020 earnings. It also lowered its target price to 30.80 riyals a share from a previous 39.20 riyals.

It is forecasting $64-billion (48.8 billion pounds) net income in the financial year 2020, an estimated 29 per cent drop year-on-year, and 38 per cent below its earlier estimates.

Saudi stocks fell by more than 9 per cent in early trade, while international bonds issued by Saudi Arabia, Aramco and other Gulf sovereigns also sank.

One-year dollar/riyal forwards, which are trades scheduled to take place a year from now, were at 85 points, up from Friday’s close of 10 points. They were as high as 182.5 points on Monday, surpassing a peak of 181.3 at the end of 2018.

A regional fund manager, who asked not to be named, said it was difficult to estimate the extent of the price fall following the tension between OPEC, led by Saudi Arabia, and Russia.

“ (Saudi Arabia) has got reserves for the time being, but at $30 a barrel, it’s going to be running a significant fiscal deficit in 2020 and going forward. It doesn’t have a lot of financial flexibility in terms of adjusting its budget,” he said.

If Saudi Arabia tapped the debt markets, he said it would likely pay around 60 basis points higher in interest as credit default swaps rose by that level on Monday.

The close: TSX plummets over 10 per cent amid oil, coronavirus concerns
March 9, 2020 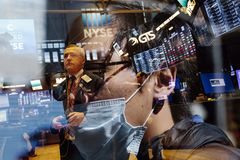 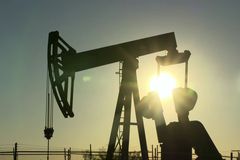 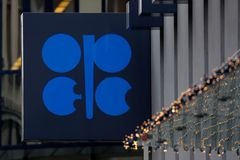