Bankrupt retailer Toys “R” Us has rejected an $890 million (622.5 million pounds) bid for some of its U.S. stores and locations in Canada from the CEO of Bratz doll maker MGA Entertainment Inc, a person familiar with the matter said on Tuesday.

Last week, MGA Chief Executive Officer Isaac Larian, who said the wind-down of Toys “R” Us would hurt the toy industry long-term, offered $675 million for the U.S. stores, and $215 million for Canadian stores.

“I haven’t yet been notified of the bid rejection but if this is true, it is very disappointing,” Larian said in a statement. “It is our hope and expectation that we can continue to participate in the bid process, so we can keep fighting to save Toys ’R Us. We feel confident that we submitted a fair valuation of the company’s US assets in an effort to save the business and over 130,000 domestic jobs.”

The offer does not exceed the value of Toys “R” Us in a liquidation of its assets, said the person, who could not be identified because the decision to turn away the offer is not yet public.

The Wall Street Journal first reported that Toys “R” Us had turned down Larian’s offer.

Once the largest U.S. toy retailer, Toys “R” Us abandoned a plan to emerge from bankruptcy last month and said it would try to maintain more profitable locations in Europe and Asia as an on-going business while liquidating its U.S. and UK operations.

An attorney for Toys “R” Us said in court earlier this month that the company had received multiple bids of more than $1 billion for an 85 percent stake in its Asian business. 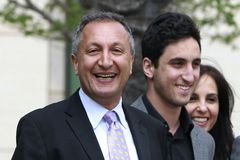 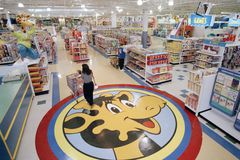