U.S. prosecutors are pursuing possible penalties of nearly $13 billion to resolve investigations of OxyContin maker Purdue Pharma after uncovering evidence of criminal and civil misconduct stemming from the company’s alleged role in fuelling the nation’s opioid crisis, people familiar with the matter said.

U.S. Justice Department officials outlined additional details of their ongoing investigations of the company, controlled by the wealthy Sackler family, in paperwork filed last week with a federal bankruptcy court in White Plains, N.Y., which has not yet become public, the people said.

As with other Purdue creditors, the Justice Department had to meet a July 30 deadline to assert financial claims against the company. The initial claims seek about $10 billion in criminal penalties, consisting of a fine exceeding $6 billion and a forfeiture of more than $3 billion, as well as a civil penalty of nearly $3 billion, one of the people said.

The size of the claims represent the upper limit of penalties federal prosecutors might seek, and the ultimate sums paid to resolve the investigations are likely to be far lower, the people said.

The Justice Department is among thousands of creditors vying to extract money from Purdue, which has a liquidation value of only a bit more than $2 billion. Purdue has offered to settle widespread opioid litigation in a deal it values at more than $10 billion.

That includes $3 billion from the Sacklers and value derived from the Stamford, Connecticut-based firm transforming into a public benefit company run on behalf of plaintiffs that would donate addiction treatment drugs and opioid overdose-reversal medications under development.

Purdue filed for bankruptcy protection nearly a year ago and received court approval to halt more than 2,600 lawsuits brought by cities, counties, states, hospitals and other plaintiffs alleging the company and the Sacklers were major contributors to the U.S. opioid epidemic. The company and family have denied the allegations.

As part of the criminal probe, Justice Department officials are scrutinizing Purdue’s alleged encouragement of illegal opioid prescriptions, some of the people said. U.S. prosecutors are focused on possible conspiracy charges and alleged violations of anti-kickback and drug safety laws, they said.

A separate civil investigation is focused in part on the company’s alleged defrauding of government health care programs such as Medicare, one of the people said.

Justice Department officials and lawyers for the company and family have held discussions about resolving the probes and details, including the size of any financial penalties prosecutors might seek, could change, the people said.

Neither Purdue nor the Sacklers have currently been charged with criminal wrongdoing or civil violations in the Justice Department investigations, and federal prosecutors have not yet decided whether to bring cases, they said.

Purdue said it is co-operating with the Justice Department probes and in discussions to resolve them, but declined to comment further. A lawyer for the Raymond Sackler family said the family acted ethically and responsibly at all times, but declined to comment on the Justice Department’s filings. Representatives for another group of Sacklers had no immediate comment.

Purdue has been in the Justice Department’s crosshairs before, when the company and three executives pleaded guilty in 2007 to charges of misbranding OxyContin to resolve a case that also included more than $600 million in penalties.

The Justice Department’s current claims could significantly affect ongoing settlement discussions among Purdue, the Sacklers, and thousands of U.S. communities that have sued the company and family. Plaintiffs are seeking billions of dollars in damages to address harm from opioids.

Resolving the Justice Department probes is a condition of Purdue’s proposed settlement, and penalties U.S. officials seek could affect how much money plaintiffs receive to address a public health crisis that claimed the lives of nearly 450,000 people between 1999 and 2018, according to the latest U.S. data.

The lawsuits against Purdue and, in some cases, the Sacklers allege they aggressively marketed prescription painkillers while misleading doctors and patients about their addiction and overdose risks.

Purdue has said U.S. Food and Drug Administration-approved labels for the company’s opioids carried warnings about risk and abuse associated with treating pain. Purdue and the Sacklers have denied allegations in lawsuits that they contributed to the opioid crisis, and have pointed to heroin and fentanyl as more significant culprits than prescription painkillers.

Health experts have said many people turned to drugs like heroin only after first becoming addicted to prescription opioids.

More than 20 states led by Massachusetts, New York and Connecticut initially objected to the settlement proposal from Purdue and the Sacklers, wanting a larger contribution from the family and more details on their finances. Plaintiffs are currently involved in discussions overseen by court-appointed mediators about how to allocate settlement proceeds. 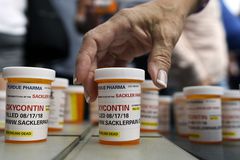 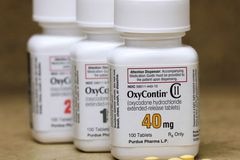