China has prospered during much of the coronavirus pandemic as the world’s factory, making everything from face masks to exercise equipment for housebound consumers. Demand for its products does not appear to be slowing even as Western economies reopen.

China’s General Administration of Customs announced Tuesday that the country’s exports surged 32.2 per cent in June compared with the same month last year. The increase caught many economists by surprise, as one of China’s biggest ports was partially closed for most of June and China’s exports of medical supplies have begun to level off.

China’s export performance in June “is quite impressive and not so easy to understand,” said Louis Kuijs, head of Asia economics in the Hong Kong office of Oxford Economics.

Mr. Kuijs said that a little more than a third of the increase in value of Chinese exports might reflect rising prices. Chinese factories are passing on their own higher costs to foreign consumers.

Chinese manufacturers face escalating costs these days because prices have increased around the world over the past year for commodities such as iron ore and copper and for industrial materials including steel.

China’s currency, the yuan, has also strengthened against the U.S. dollar. So Chinese producers need to charge more dollars to pay the same wages and other costs denominated in yuan.

By raising prices for foreign buyers, Chinese factories can preserve their profit margins – at the risk of contributing to inflation elsewhere.

Port and shipping delays are driving the price tags for Chinese goods even higher in foreign markets. The cost of shipping a 40-foot cargo container across the Pacific has ballooned from the usual US$4,000 to US$5,000 to a record US$18,000 or more.

Part of the problem lies in China’s drastic actions to prevent new coronavirus variants from spreading. These measures have included forcing port workers into lengthy lockdowns at the first sign of outbreaks.

China’s policies have been effective in keeping virus cases to a minimum, but at some economic cost.

One of the world’s largest ports, Yantian Port in the southeastern Chinese city of Shenzhen, partially shut down for more than a month from late May through much of June. Shenzhen acted in response to fewer than two dozen coronavirus cases.

When the port fully reopened June 24, shipping executives and freight forwarders hoped that trade would start returning to normal.

It has not worked out that way.

Dozens of huge container ships fell far behind schedule when they had to wait weeks to dock in Shenzhen. That meant ships later showed up in bunches at ports in other countries, causing further congestion. Chinese export factories also sent goods by truck to alternative ports, such as Shanghai’s, leaving them overcrowded as well.

“Everyone knows that during an epidemic, workers in ports must be placed under lockdown, and various countries have taken corresponding measures, so the efficiency of loading and unloading would be reduced,” he said when Yantian reopened.

By mid-June, the freight yard was so crammed with containers at Shanghai’s vast, highly automated Yangshan Deep Water Port that the stacking cranes barely had room to lift containers on and off ships. Dong Haitao, a senior administrator at the adjacent free trade zone, blamed foreign ports for failing to handle arriving containers on time.

“Their schedule of shipments has been disrupted, but not ours,” he said.

Shipping rates for containers have continued to rise steeply in the weeks since Yantian Port reopened. The increase is widely expected to keep going as stores in the United States in particular race to restock shelves for returning shoppers and also start preparing for the Christmas shopping season.

“Each week these rates go up another few hundred dollars,” said Simon Heaney, senior manager for container shipping research at Drewry Maritime Research in London. “Nobody seems to have any answers, and the only thing we can hope for is Chinese New Year – and that’s obviously a long way off.”

Factories in China typically close for several weeks during the Lunar New Year celebration, which could give the world’s ships time to catch up. But next year’s holiday does not start until the end of January. 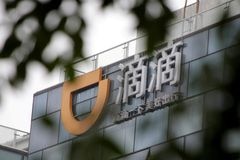