The U.K.’s top fraud prosecutor has thrown her weight behind American-style corporate plea bargains amid criticism that they can allow companies to admit wrongdoing without leading to successful prosecutions of individuals.

Lisa Osofsky, an Anglo-American former FBI lawyer now in charge at the Serious Fraud Office (SFO), said the use of deferred prosecution agreements (DPAs) was effective in ensuring companies clean up their act – and was still in its infancy.

“I don’t think the DPA system is in disrepute in any way, shape or form,” she told Reuters in an interview.

Jody Wilson-Raybould testified before the Commons justice committee on Feb. 27 that when she was the federal attorney-general she faced “constant and sustained” pressure from Prime Minister Justin Trudeau and top aides to override federal prosecutors and grant a DPA to SNC-Lavalin Group Inc.

SNC-Lavalin warned federal prosecutors in writing last fall that the company could break up and move its corporate headquarters to the United States if it were not invited to negotiate a deal to suspend criminal prosecution.

The missive, confirmed by the engineering company late Thursday, appears to conflict with statements last week by SNC-Lavalin chief executive Neil Bruce that the company “never, ever ever put forward a case that talks about economic reasons” in its quest for an out-of-court settlement of charges it faces for bribery and fraud.

In Britain, retailer Tesco and aero-engines group Rolls-Royce agreed DPAs with the SFO in 2017, paying fines of 129 million pounds and nearly 500 million pounds (US$650 million) over an accounting and a bribery scandal respectively.

Plea bargains are a common feature of the U.S. legal system but have only been used in Britain since 2015. They allow companies to avoid criminal prosecution in a court-approved deal that often includes a fine and compliance monitoring.

Since Osofosky took up her post at the end of last August, a re-trial of former Tesco directors collapsed and she has closed an investigation into individuals linked to the Rolls-Royce case.

Osofsky says even if there is not enough evidence to prosecute individuals over the misconduct outlined in DPAs, they still serve an important purpose.

“Corporates (are run) by individuals. But how do you reprimand, discipline, punish bad corporate behavior…?

“I see (cases against companies and individuals) as two very different things and I think the role of the DPA is to make sure that the company engages with prosecutors, comes forward and cleans up its act.”

Prosecuting white collar crime is notoriously tricky, time-consuming and costly. This has long spawned speculation that the SFO, tasked with investigating and prosecuting the most complex corruption, will be rolled into a broader crime fighting force.

But Osofsky says she feels she has support from her political paymasters.

“I signed a 5-year contract that says that they want me here,” she said. “Whatever existential threat the organization may have felt it was under … I don’t feel one whiff of that.”

She declined to be drawn into whether she might close more of the 70 cases she inherited, including high-profile investigations into miner Rio Tinto , European aerospace group Airbus, British American Tobacco , Tata Steel and miner ENRC.

But she said meaningful cases don’t have to involve huge companies. She highlighted a solar panel energy scam, where last year six men were sentenced to a total of more than 30 years in jail for a 17 million pound fraud on 1,500 often elderly, retired and vulnerable people. 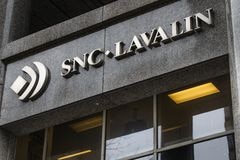 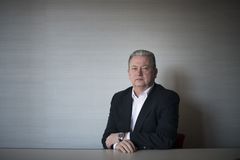