Sabine Lautenschlaeger’s shock resignation from the European Central Bank illustrates the deep divisions that Christine Lagarde will have to heal when she takes over next month, with some policy-makers in open revolt over a new stimulus package.

Lautenschlaeger, Germany’s appointee to the board of the ECB, said on Wednesday she would step down on Oct. 31, a day before Lagarde replaces Mario Draghi as ECB president.

She did not explain her decision but told staff in an e-mail seen by Reuters that she had found herself “in a situation in which this is the best course of action.”

Earlier this month, Lautenschlaeger was among just over a third of 25 members of the ECB’s Governing Council who opposed a decision to resume bond purchases as part of measures that also included a rate cut and a pledge to keep the money taps open indefinitely.

“The fact that the opposition against the last policy decision has become very vocal even after the decision shows how fragile the ECB currently is,” ING economist Carsten Brzeski said. “When Christine Lagarde takes over from Mario Draghi in November, she will have some work to do to mend the ties.”

Lagarde has so far taken a balanced approach in public, telling the European Union’s parliament during her confirmation hearing that policy would need to stay easy for a long time but that rate-setters must be mindful of its side-effects.

The ECB’s low and latterly negative interest rates have caused frustration in cash-rich Germany, where savers have seen returns on traditional investments collapse while house prices have soared.

Some Germans also fear that massive purchases by the ECB of government bonds from all euro zone countries mean they will end up footing the bills for more profligate nations such as Italy, Portugal and Spain.

Lautenschlaeger is the fourth German official to step down early from the ECB’s policy-making Governing Council since it started taking extraordinary measures to combat the euro zone debt crisis nearly a decade ago.

Axel Weber, then head of the Bundesbank, Germany’s central bank, and Juergen Stark, then ECB chief economist, both resigned in 2011, followed by board member Joerg Asmussen two years later.

“If the ECB President consistently decides against the interests and principles of the largest national central bank, such a number of resignations does not come as a surprise,” said Markus Ferber, a conservative member of the European Parliament from Germany.

“Christine Lagarde would be well advised to take a considerably more inclusive approach.”

Whoever Berlin nominates to replace Lautenschlaeger is likely to hold similar views, but will not alter the balance of votes on the Governing Council.

And those previous high-profile resignations had little impact on policy, with skeptical representatives from Germany and other northern euro zone countries outnumbered by supporters of Draghi’s line from countries south of the Alps.

“While the voices of opponents of the securities purchase program may become louder, it is unlikely that there will be a real balance in the Governing Council,” said Ulrike Kastens, an economist at German think-tank DWS.

French central bank governor Francois Villeroy de Galhau and ECB board member Benoit Coeure may have edged France into the hawkish camp, but Germany will have its work cut out to woo governors from further south after years of bad blood.

The turning point was the 2010-12 crisis, when indebted governments from Portugal to Greece struggled to raise money on financial markets and the euro was on the brink of collapse.

Weidmann then opposed any suggestion of the ECB stepping in to help but was eventually left as the lone opponent to Draghi’s scheme to buy the bonds of countries in distress, known as Outright Monetary Transactions (OMT).

That marked the start of an era of isolation for Germany in Draghi’s ECB, during which the Bundesbank opposed decisions from the launch of a landmark bond-buying program in 2015 to throwing Greek banks a lifeline during its latest debt crisis.

“The Bundesbank already ceded some influence in the discussions surrounding OMT in the summer of 2012,” Dirk Schumacher, an economist at Natixis in Frankfurt, said.

“The critics of OMT could not really come up with a viable alternative solution.”

Opinion
Germany’s economy is sinking yet stimulus is a dirty word among its politicians
Subscriber content
September 24, 2019 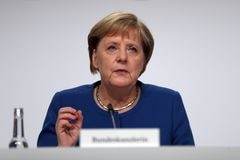 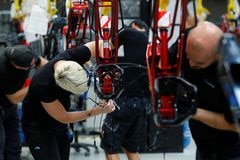 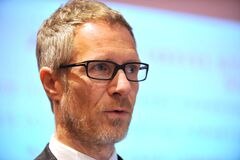