The collapse of merger talks between Fiat Chrysler Automobiles (FCA) and Renault marks a setback for a tight network of current and former Goldman Sachs’ bankers who tried to convince the French political establishment to back the deal.

Goldman Sachs had elbowed out FCA’s house bank UBS, which was close to FCA’s late chief executive Sergio Marchionne, to lead on the deal for the Italian-U.S. car maker.

Helping Renault was New York-based Ardea Partners, a boutique advisory firm launched in 2016 by Chris Cole who had spent 30 years at Goldman Sachs including co-chairing the investment banking business.

“This deal was cooked up among friends who have known each other for years,” said a source involved in the talks. “But despite their relationship and banking experience, it all fell apart.”

Cole was directly involved in the negotiations on behalf of Renault and had Goldman’s chairman of investment banking, FX de Mallmann, as his counterpart representing FCA.

The pair worked closely with another former Goldman banker, Laurent Clarenbach, who spent 10 years at the Wall Street bank between 2001 and 2011 and is now a partner at French boutique bank d’Angelin & Co.

London-based d’Angelin, launched by French banker Benoit d’Angelin in 2017, was brought in by FCA to help market the 33 billion euro (US$37 billion) deal to the French government given his founder’s close ties with French President Emmanuel Macron.

The French government owns 15 per cent of Renault and was immediately seen as a major obstacle to getting a deal done.

But advisers at both sides of the negotiating table were bullish about finding an agreement.

“Their long-lasting friendship and mutual trust played a role in keeping them upbeat, even when Paris starting demanding more control over the merged entity,” one source close to the deal said.

Ardea Partners and Goldman often help each other on business and share work for high profile clients. They are currently advising advertising giant WPP on its ongoing sale of data analytics unit Kantar.

The Goldman network had been expected to secure the backing of Macron’s government before the deal became public, several sources said, adding Goldman deployed staff from its New York, Paris and London offices in a bid to win France’s blessing.

But, this time, Goldman and its allies failed to deliver, amid demands for more control by the French state and resistance from Renault’s alliance partner Nissan, which decided to abstain from a Renault board vote on the deal.

“They couldn’t navigate the complexity of this deal and their plan of sidelining Nissan backfired,” the first source said.

French Finance Minister Bruno Le Maire demanded that, as one of the main conditions for talks to progress, the deal needed the backing of Nissan.

But FCA and its banks did not lay the groundwork to secure Nissan’s endorsement, having kept the Japanese car maker in the dark about the merger plan to avoid leaks.

“It was an ill-conceived deal from the start,” said a source close to Nissan. “FCA’s advisers thought they could corner Nissan and secure France’s approval in a couple of days. They clearly minimized the risks.” 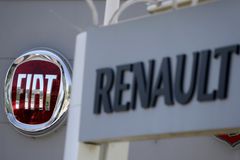 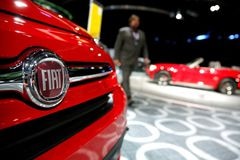