Italy is back in recession, its third since the 2008 financial crisis, and the rest of Europe is slowing down, too, as Brexit, the gilets jaunes protests in France and the global tariff wars put pressure on the economy.

The Italian contraction came as a blow to the country’s populist coalition government, which had promised a growth spurt fuelled by hefty deficit spending. While Prime Minister Giuseppe Conte insisted on Thursday that the economy would bounce back this year, other worrying economic signs, such as a manufacturing slump and the slowdown in Germany, suggest growth may not come back as fast as he predicts.

Italy, the euro zone’s third-biggest economy, is in technical recession, typically defined as two successive quarters of negative growth. Gross domestic product in the last three months of 2018 contracted by a deeper-than-expected 0.2 per cent, the national statistics office confirmed. In the previous three months, the economy contracted by 0.1 per cent.

Since the euro was launched 20 years ago this month, Italy has been a perennial underperformer, to the point where the two ruling parties – the League and the Five Star Movement – are losing their enthusiasm for the common currency. While neither party has said it wants to ditch the euro and reprint the lira, which could be devalued, both parties had talked about holding a referendum on the euro when they were in opposition.

The Italian economy is about a quarter larger than the Canadian economy. If its downturn persists, it could drag down the rest of the euro zone, whose growth outlook was looking shaky even before it was known that Italy was sinking as fast as it is.

Germany, Europe’s biggest economy and the continent’s economic driver, unexpectedly lost momentum in the third quarter of 2018, with a contraction of 0.2 per cent over the previous quarter. German GDP expanded at only 1.5 per cent last year, compared with growth of 2.2 per cent in 2017. German retail sales fell in December at their steepest rate since 2007, and car exports to China are on the wane.

If Britain crashes out of the European Union on March 29 – the official Brexit date – without a trade deal, German car exports could take a dive. Britain is one of Germany’s biggest markets for BMW, Mercedes-Benz and Volkswagen.

The German government has already cut its growth projection for 2019 to 1 per cent – the lowest pace in six years – from 1.8 per cent. Almost all of the country’s economic indicators are pointing in the wrong direction, and a recession is not being ruled out. The German economy is highly reliant on exports, and as world trade decelerates because of new tariffs and the threat of an all-out trade war between the United States and China, the German export machine can only suffer. A hard Brexit would deepen the downturn.

Mr. Conte was quick to blame external factors for Italy’s downturn, such as the global tariff tensions and last year’s battle with the European Commission over Italy’s budget deficit. The EC wanted Italy to spend less, and after months of bickering that rattled Italian debt markets, the country only partly complied, agreeing to run a deficit this year of 2 per cent of GDP, down from 2.4 per cent.

Mr. Conte on Thursday said “I am not worried” about the two consecutive quarters of contraction, calling the dip “transitory.” He predicted that when the new budget measures – including new pension and welfare spending – kick in, Italian growth will resume.

But some strategists and economists think Italy might not get so lucky. “The growth forecasts on which the budget was based have already been blown out of the water, and euro-zone growth continues to weaken,” said James Athey, a portfolio manager at London’s Aberdeen Standard Investments. “Italy is going to have to face up to some real problems." 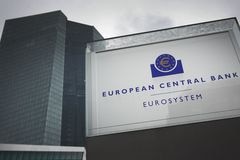 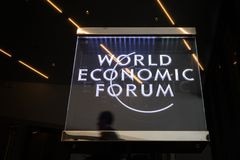 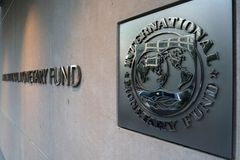