Luxury-goods group LVMH said on Thursday it would countersue Tiffany, accusing it of mismanagement through the coronavirus crisis after the U.S. jeweller accused the French group of trying to bow out of a US$16-billion acquisition deal.

The owner of brands such as Louis Vuitton, led by billionaire Bernard Arnault, said on Wednesday it could not complete its Tiffany purchase after the French government requested a delay on closing the transaction.

Tiffany has filed a lawsuit against LVMH in Delaware - the U.S. state in which the New York-based company is registered - to force it to complete the deal as agreed last year, before the COVID-19 pandemic took hold.

The spread of the virus has dealt a big blow to the luxury sector and raised questions about whether LVMH was overpaying with its US$135 a share offer.

“LVMH was surprised by the lawsuit filed by Tiffany against the group,” the French group said in a statement, calling it unfounded. “LVMH will defend itself vigorously.”

LVMH, which said it would also lodge its claim in Delaware, added the lawsuit would challenge the way Tiffany managed its business during the pandemic, including its payout of dividends.

Tiffany approved quarterly dividend payouts of US$0.58 a share in May and August, as allowed by the merger agreement. LVMH says that given the U.S. company was losing money and its sales were falling because of the health emergency, it should not have done so. LVMH cut its own dividend for the fiscal year 2019 by 30 per cent.

LVMH has said it cannot complete the deal under the agreed terms because of the French government’s request to delay it, and it had no desire to extend the closing deadline beyond the original date of Nov. 24.

But it has rejected Tiffany’s claim that it was stalling the transaction by putting off its antitrust clearance requests and also that it was using the French government as a fig leaf to back out of the deal.

It said Thursday it would file its requests for approval to European competition authorities in the coming days, and expected to win approval in October. A source close the matter said the filing would take place next week.

LVMH said in its statement Thursday that Tiffany had significantly underperformed LVMH’s own comparable brands in the first half of 2020, and said the U.S. group’s prospects for 2020 were “very disappointing.”

Tiffany recorded a net loss of US$33-million in the first half of 2020, compared with a €17-million (US$20.1-million) loss for LVMH’s jewellery and watches division, which includes the Bulgari brand.

The French group does not disclose the financial performance of individual brands. Like-for-like sales fell 39 per cent at its watches and jewellery division in the first half, compared with a 34-per-cent fall for Tiffany.

However, the French group as a whole, a diversified conglomerate, limited the sales decline for the period to 28 per cent and booked a €1.67-billion (US$1.9-billion) profit from recurring operations.

According to the merger agreement, a material adverse effect (MAE) is triggered if Tiffany’s business underperforms its peers substantially. The MAE is a standard clause in merger agreements that a buyer can invoke to pull out of a deal if an event occurs that harms the target company before the deal is finalized.

Tiffany said in its lawsuit that LVMH had tried repeatedly to find a pretext to invoke such a clause, and did so for the first time when Tiffany postponed the original Aug. 24 closing deadline for the deal by three months.

Sources told Reuters in June that Mr. Arnault, a shrewd deal-maker known as the “wolf in cashmere” who has built an empire through acquisitions, was exploring ways to renegotiate the price of the Tiffany deal -- something the company’s finance chief denied Wednesday.

Analysts said the two sides may still agree to close the deal at a lower price, but some did not rule out that Mr. Arnault may have already set his sights on a different prey.

Swetha Ramachandran, investment manager for European equities at GAM, said Richemont’s share price offered LVMH a better deal if it could be engineered and would give the French group to two leading global jewellery brands – Cartier and Van Cleef. The speculation helped Richemont shares close 4.3 per cent higher on Thursday. 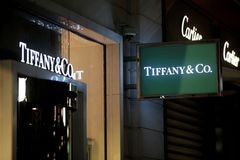 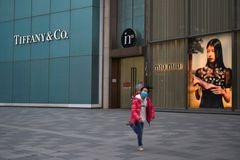 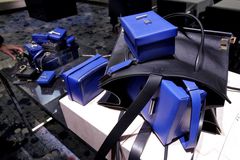