The U.S. central bank is flagging a turning point in monetary policy, as a Federal Reserve policy-maker on Friday backed interest rate hikes in the “near term” but nodded to increasingly less certainty ahead.

Speaking at an event in Washington, Federal Reserve governor Lael Brainard said the economic picture was broadly positive but that risks were growing overseas and in the corporate debt markets at home. Tailwinds, she said, are fading as global growth slows, financial conditions tighten, and the boost from fiscal stimulus moderates.

“The gradual path of increases in the federal funds rate has served us well by giving us time to assess the effects of policy as we have proceeded,” she told the audience. “That approach remains appropriate in the near term, although the policy path increasingly will depend on how the outlook evolves.”

Speaking less than an hour later, St. Louis Federal Reserve bank president James Bullard repeated his call for the Fed to pause its current cycle of interest rate increases, saying the central bank may already be restricting the economy and noting that inflation expectations are drifting downward.

“We are at a crossroads in monetary policy,” said Bullard, who next year will be a voting member on the Fed’s policy-setting committee. With inflation contained and at no risk of breaking out, investors are nervous the Fed has gone too far, he suggested.

Recent market developments and an expected further interest-rate increase means there is a “real risk” the Treasury market yield curve could invert this month, Bullard said. The yield curve is said to invert when interest rates on shorter-term debt rise above rates on longer-term debt, and historically portends a coming recession.

Traders continue to bet on a Fed rate hike in two weeks, when policy-makers will next meet and, importantly, release fresh forecasts for the rate path for next year and beyond.

As of just a few months ago, Fed policy-makers had indicated they would probably increase interest rates three times in 2019.

But with recent data showing the housing market slowing, job gains cooling, and inflation giving no signs of rising above the Fed’s 2-percent target, there are plenty of “reasons for hinting at a pause in March,” Cornerstone economist Roberto Perli said in a note Friday.

Since the middle of last month, Fed policy-makers have pointed to the need to reconsider what have been steady quarterly rate hikes for most of the past two years.

It began with Fed Chair Jerome Powell telling Dallas Fed chief Robert Kaplan in an onstage interview that policy-makers may need to “slow down” amid growing uncertainty, just as someone feeling their way through a dark room filled with furniture would need to do.

Later that month he repeated that metaphor and noted rates are only “just below” a neutral level, a remark that sent markets soaring as traders took it to mean fewer interest-rate hikes ahead.

Then last week, in minutes of the Fed’s November meeting, policy-makers were clear they are preparing to ditch a long-standing promise for “further gradual increases” to the Fed’s policy rate.

It was so even with New York Fed President John Williams, who believes so deeply in the need for slow but steady rate increases he used to give away T-shirts printed with the word “gradual.” Late on Thursday he noted that tariffs have hit business confidence and could slow economic growth.

President Donald Trump has taken aim at Powell for raising rates. And on Friday Trump’s top economic adviser said in an interview on Bloomberg television that he expects the Fed to pause for “quite some time” after December.

Brainard, in her remarks, was careful to note that rate policy could go either way, saying twice that risks are on both sides of the economy’s likely growth path.

Stopping after just one or two more rate hikes, when rates would be at most between 2.5 per cent and 2.75 per cent, would make the Fed’s job harder by giving it less leeway to cut rates to offset any future downturn.

And with unemployment at 3.7 per cent, some economists think, upward pressure on inflation is only a matter of time.

“We continue to think the Fed’s got more work to do,” JP Morgan economist Michael Feroli said in a note on Friday. 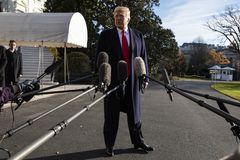 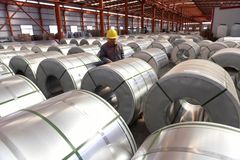