Coronavirus information
The Zero Canada Project provides resources to help you make the most of staying home.
Visit the hub
Ann Saphir and Howard Schneider
Reuters
Published July 29, 2020 Updated July 29, 2020
Comments
Please log in to listen to this story. Also available in French and Mandarin. Log In Create Free Account

The surge in U.S. coronavirus cases and the restrictions aimed at containing it have begun to weigh on the economic recovery, the head of the Federal Reserve said on Wednesday, pointing to an apparent pullback by consumers and a slowdown in the rehiring of furloughed workers, particularly by small businesses.

“We have seen some signs in recent weeks that the increase in virus cases and the renewed measures to control it are starting to weigh on economic activity,” Fed Chair Jerome Powell said in a news conference following the release of the U.S. central bank’s latest policy statement.

The United States “has entered a new phase in containing the virus, which is essential to protect both our health and our economy.”

Mr. Powell’s comments, made via video conference, confirmed what many economists and other analysts have maintained in recent weeks as coronavirus infections exploded in a number of southern and southwestern states, dimming hopes for a quick economic rebound.

The Fed’s policy statement on Wednesday directly tied the economic recovery to resolution of a health crisis whose direction remains much in doubt. More than 150,000 Americans have died from COVID-19, the respiratory illness caused by the novel coronavirus.

“The path of the economy will depend significantly on the course of the virus,” the central bank’s policy-setting Federal Open Market Committee (FOMC) said.

Fed policy-makers repeated a pledge to use their “full range of tools” to support the economy and keep interest rates near zero for as long as it takes to recover from the fallout from the epidemic, saying the economic path will depend significantly on the course of the virus.

“Following sharp declines, economic activity and employment have picked up somewhat in recent months but remain well below their levels at the beginning of the year,” the Fed said after the end of its latest two-day policy meeting.

All FOMC members voted to leave the target range for short-term interest rates at between 0 and 0.25 per cent, where it has been since March 15 when the virus was beginning to hit the nation.

“The Committee expects to maintain this target range until it is confident that the economy has weathered recent events and is on track to achieve its maximum employment and price stability goals,” the statement said.

U.S. stocks held on to the day’s gains following the Fed’s statement, while yields on U.S. Treasury debt edged lower. The dollar, weaker on the day before the Fed statement, fell to its lowest level since September, 2018, against the euro.

“The most notable thing is the statement that the path of the economy will depend on COVID-19. The Fed is putting health again front and centre in its statement, which is impactful and meaningful,” said Nela Richardson, investment strategist at Edward Jones in St. Louis.

“It’s a bit ominous, to be frank. We know that this virus is unpredictable. That sentence shows the primacy of COVID-19 in their outlook and the uncertainty of their outlook because of it.”

NO CHANGE FOR NOW

Fed officials had been expected to spend some of their meeting debating whether and how to strengthen their so-called forward guidance, perhaps by promising there would be no changes to interest rates until the unemployment and inflation rates meet explicit benchmarks.

The statement on Wednesday gave no hint of such a change, which many Fed analysts expect won’t come until the September policy meeting.

The Fed also said it will continue to buy at least US$120-billion in U.S. Treasuries and mortgage-backed securities each month to steady financial markets.

It renewed its low-rate vow a day ahead of a government report expected to show a record 34-per-cent drop in annualized economic output last quarter, when authorities imposed lockdowns that closed businesses and kept people home in a bid to slow the spread of the coronavirus.

Fed policy-makers had hoped those measures would help contain the virus, allowing the economy to bounce back quickly, even as they fretted over the possibility that infections could spike again and blunt the economic recovery.

The U.S. central bank has rolled out nearly a dozen new lending and credit programs to fight the economic fallout from the epidemic. But the immediate outlook hinges largely on where infections go from here and how much more fiscal support lawmakers deliver in the meantime.

Since their last policy meeting in June, the epidemic has intensified, with an average of around 65,000 new cases detected each day, about three times the pace of new infections in mid-June. Deaths from COVID-19, the respiratory illness caused by the virus, are also on the rise. That’s prompted governors from California to Florida to impose new economic restrictions.

Job growth, which had been unexpectedly strong in May and June, now appears to be slowing. Consumer confidence has taken a hit.

Meanwhile, government aid that kept millions of unemployed Americans spending will drop sharply at the end of this week unless Congress agrees on a new relief package. Republicans are split over whether to support US$1-trillion in new spending, and Democrats want a figure closer to the US$3-trillion Congress has already committed to fight the crisis.

Small businesses, a mainstay of the world’s largest economy, are also increasingly facing a breaking point as government grants run dry and payments come due. 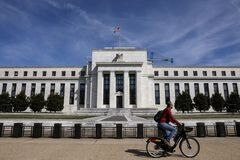 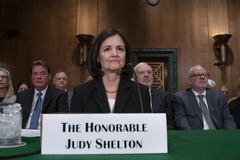 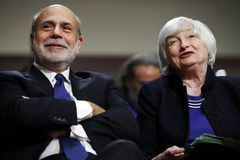