The Trump administration on Wednesday made official its extra 5 per cent tariff on $300 billion in Chinese imports and set collection dates of Sept. 1 and Dec. 15, prompting hundreds of U.S. retail, footwear, toy and technology companies to warn of price hikes.

The U.S. Trade Representative’s office said in an official notice that collections of a 15 per cent tariff will begin at 12:01 a.m. EDT (0401 GMT) Sunday on a portion of the list covering over $125 billion of targeted goods from China.

U.S. Customs and Border Protection will also start collecting a 15 per cent tariff on Dec. 15 on the remainder of the $300 billion list, including cellphones, laptop computers, toys and clothing, USTR said in the Federal Register filing.

U.S. President Donald Trump announced the increase to 15 per cent from 10 per cent last Friday on Twitter, escalating the bitter U.S. China trade war after Beijing hit back with retaliatory tariffs on $75 billion worth of U.S. goods, including crude oil.

A USTR spokesman said on Wednesday that the agency would issue a separate Federal Register notice with details of Trump’s planned tariff increase to 30 per cent on $250 billion in goods that have already been hit with a 25 per cent tariff, including procedures for collecting public comments on the move.

While Trump in recent days has reversed his aggressive China trade rhetoric, that has not translated to a retreat from the planned tariff hikes. It remains unclear whether U.S. and Chinese negotiators will resume in-person talks in September as previously suggested by U.S. officials.

Trump, speaking by phone to a farm trade show audience in Decatur, Illinois, said that he could do a “quick deal” with China to boost his 2020 re-election prospects.

But he said, “That will be the wrong deal,” adding that he preferred to “do it in a right way.” He said the latter approach requires a tougher stance and longer negotiations.

Trump added that federal aid to farmers was being funded by tariff collections on Chinese goods.

Hundreds of retailers, footwear companies and business groups urged Trump to scrap the proposed tariffs, warning they would jack up consumer prices and trigger job losses.

More than 200 U.S. footwear companies on Wednesday said the added 15 per cent duties on shoes would come on top of tariffs that already average 11 per cent and reach 67 per cent on some shoes, boosting costs for consumers by $4 billion every year.

“Imposing tariffs in September on the majority of all footwear products from China – including nearly every type of leather shoe – will make it impossible for hardworking American individuals and families to escape the harm that comes from these tax increases,” the companies wrote in a letter to Trump.

Over 160 other business groups, including the National Retail Federation, Retail Industry Leaders Association and Association of Equipment Manufacturers, also urged Trump to postpone the tariffs, warning they would hit Americans in the middle of the busy holiday shopping season.

Global markets remain on edge after the latest flurry of tit-for-tat tariffs, and the lack of firm details on the next round of U.S.-China trade talks.

U.S. stocks took some solace in the relative calm on the trade front to close modestly higher on thin trading volume. The Dow Jones Industrial Average closed up 1 per cent helped by financial stocks and the energy sector after industry data showed a fall in U.S. crude oil stockpiles.

The Trump administration has, for two years, been pushing China to eliminate unfair trade practices and make sweeping changes to its policies on intellectual property protection, forced transfers of technology to Chinese firms, industrial subsidies and market access for U.S. companies.

The trade dispute between the world’s two largest economies boiled over in July 2018 into tariffs on hundreds of billions of dollars’ worth of each other’s goods and now threatens to engulf all U.S.-China trade, putting global growth at risk.

“China’s most recent response of announcing a new tariff increase on U.S. goods has shown that the current action being taken is no longer appropriate,” USTR said in its notice announcing the higher tariff rates.

USTR accuses China of “unfair acts, policies and practices,” including its retaliatory tariffs and “concrete steps to devalue its currency,” allegations denied by Beijing.

“In short, instead of addressing the underlying problems, China has increased tariffs and adopted or threatened additional retaliation to further protect the unreasonable acts, policies, and practices identified in the investigation, resulting in increased harm to the U.S. economy,” USTR said in the notice. 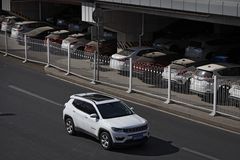 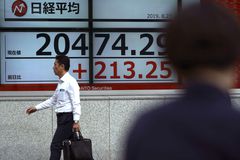 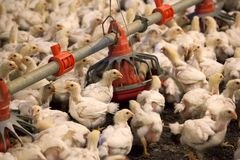