My father was a refugee from mainland China. He swam across a river to get to Hong Kong. He later found work as a bullion and currency trader, and his office had maybe 20 people in it. After work, every one of those guys put their chairs up on the desks, and then my father, my mother and his fellow workers would open folding beds and sleep in the office. There wasn’t enough room for me and my brother, so we slept under the stairwell.

When my father started his own stock brokerage, it started to grow fast. He said the reason for that was because he was fair to all his partners, his customers and his family.

I came to Vancouver 50 years ago, when my brother and I were in high school. We were bullied by some of the boys, because they didn’t understand us, and we didn’t understand them. So, my mission has been to help bridge that gap.

In the ’70s, when I graduated from NYU, where I studied film and commerce, I went back to Hong Kong to work for my father. At the time, we were the largest stock brokerage in Asia. I saw the speculators. They would go into stocks, bonds, commodity trading, and they’d make a million dollars overnight. And they would spend like kings. Then, all of a sudden, they’d lose their shirts. So, I said to my wife, I won’t let that happen, at least to me.

When I started our first shopping mall, the Aberdeen Centre, we could not compete with mainstream malls, where there’s an almost identical tenant mix. So I had to go into a niche market. That’s why I called Aberdeen an Asian mall.

Twenty-five years ago, when I started the media business, there were a lot of immigrants coming from Hong Kong. And a lot of them were not mingling with mainstream society, and I think that can be a problem. I said, “Well, maybe media can help them understand local traditions.”

I’m quite neutral in terms of religion and politics. And I quite believe in the Canadian system of the CRTC, of balance of opinion. Doesn’t matter whether I like it or not—I will welcome the left side or the right side.

In preparation for opening our Saint Germain bakery, I took a summer baking course with my manager. I don’t bake, but at least I can talk to the bakers and managers, and I understand what they say.

I love the creativity side of making films more than the business side. And I like to work with a team—no matter what business, the team spirit is a crucial part of the success formula.

Prices in Vancouver have been inflated, and that’s why I didn’t go into real estate for the past 10 years. But now, with taxes and so on, they’ve cut down on a lot of speculation. Plus, China and Canada are not in the best relationship. So, the coming year will be a good time to go into the market.

The world is a lot more dangerous now in terms of the Americans, how they deal with trade, how they deal with different countries. And even in Hong Kong, between the local people and the mainland Chinese—they have different philosophies, and they can’t compromise. We have to stay calm and to try to be reasonable. 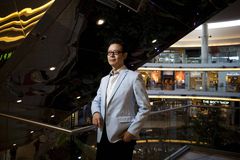 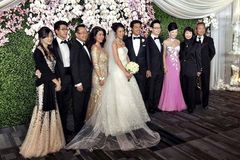