Nettoyeur Écologique Royal may be listed alongside traditional dry cleaners in Montreal, but the business is setting itself apart by using a more environmentally-friendly cleaning process.

The company made the switch 11 years ago when it stopped using a solvent called perchloroethylene, or perc, which is classified by the federal government as a toxic substance, to clean clothes. The chemical is typically manufactured using hydrocarbons, a key cause of climate change.

Although the deepening climate crisis may not have been the catalyst for becoming a so-called “wet cleaner” – the term used to describe professional cleaning that avoids chemical solvents – Mr. Kutchuk says his business is increasingly focused on reducing its environmental footprint.

From a zero-waste policy to reusable clothing bags, the business is eager to show off its “green” attributes. “It’s good to show the community that we’re doing our part,” to help the environment, Mr. Kutchuk says.

It also makes good business sense, says Philippa Settels, the Canadian director of B green, formerly the Institute for Green Business Certification, describing going green as a “win-win” for companies.

“There’s this misperception that going green is costly,” she says. “When, in fact, over the long term it helps you save money.”

Companies are constantly looking for ways to reduce expenses, particularly as governments tighten rules around waste disposal and regulate carbon emissions through measures such as carbon taxes, which have led to higher costs for many businesses.

Here are three ways small businesses can save money by reducing their energy, emissions and waste:

In line with the popular Japanese principle of lean manufacturing, reducing waste has long been recognized as a cost-cutting measure. But it’s also climate friendly.

By reducing plastic packaging use, for example, companies can cut their consumption of oil, used to make various packaging, says Bethany Daman, living green co-ordinator at the Green Action Centre in Winnipeg.

“Ensure as much as possible that the products you offer are made with recycled content that at the end of their life can be disposed of in a proper way.”

The ideal, she says, is to use no packaging at all or to provide reusable packaging.

The small business has also gone paperless as much as possible, he says, which is another way to help reduce waste and CO2 in the atmosphere.

For those who can’t go paperless, Ms. Settels recommends using recycled paper. “Then at least virgin forests are not being cut down for … paper,” she says.

Transportation is a major source of greenhouse gas emissions – about 28 per cent of total output, according to the federal government – since the most popular ways to get around involve using fossil fuels.

Seeking local suppliers is a good way to reduce the logistics footprint of a business, Ms. Settels says.

“A major player in our climate crisis has been globalization,” she says. “Shipping things from halfway around the world made in very unsustainable ways … has a very, very heavy carbon footprint.”

Nettoyeur Écologique Royal sources most of its supplies in Quebec. “But some items do come from the U.S.,” Mr. Kutchuk says.

Another locally focused strategy is encouraging employees to bike, take the bus or walk to work.

“Support them with incentives for buying bus passes, or providing a secure place for them to lock up their bike,” says Ms. Daman of the Green Action Centre.

Also, she recommends companies don’t bend over backward to provide employees with parking, unless maybe they’re spots with charging stations for electric vehicles.

With the federal government offering up to $5,000 rebates on plug-in vehicles, alongside Quebec and B.C. offering their own incentives, greening the fleet is cheaper than it has ever been. Ms. Settels says a plug-in vehicle also provides mobile marketing for a business.

Less energy, more cash in the till

Businesses can use less energy starting with the flick of a light switch. “You can get power bars you can shut off at the end of the day, so your equipment isn’t still drawing power while running idle,” Ms. Settels says.

Switching to LED bulbs is also a popular option, but some buyers balk at the upfront cost. Long-term, however, LEDs cut energy consumption and save money. A business that were to replace 25 incandescent bulbs with LED bulbs would save more than $3,600 in energy costs over 25,00 hours of use, according to Eartheasy.com.

Businesses can also get help from their local utility provider to retrofit their buildings for greater efficiency. Manitoba Hydro, for example, has a small business program providing free on-site assessment and free LED bulbs. As well, it offers rebates of up to 70 per cent on lighting and other upgrades, including LED exit signs.

“It’s not just what are the quickest fixes, but [identifying] what the main sources of emissions are likely to be,” Ms. King says.

In the case of a boutique hotel, she says, installing solar hot water and heat recovery systems resulted in more than $55,000 in annual energy savings. By retrofitting its lighting and boiler, a social services non-profit saved $17,000 annually and reduced its CO2 emissions by more than 28 tonnes a year.

The program can help small businesses determine where they’re going to get the most bang for their energy-saving buck, Ms. King says.

“Rather than just jumping straight in, they can use the BEEPs to understand what the main sources of emissions are likely to be, specific to their sector,” she says. 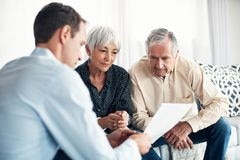 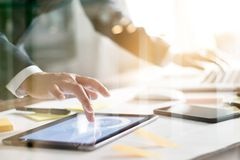 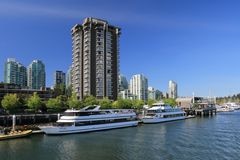