Bunz Inc., a fast-growing Toronto-based online-bartering market, is getting into the hot cryptocurrency game.

The company is touting BTZ, which is pronounced “bits” and is short for Bunz Trading Zone, as the first Canadian cryptocurrency to launch to an already-established community – its own members. BTZ will become available to the company’s 200,000 users on Apr. 9.

Members will each get 1,000 BTZ that they will then be able to exchange with one another, or for goods and services at more than 100 merchant partners. At the launch, the 1,000 BTZ will be worth approximately three to four cups of coffee, but cryptocurrencies can fluctuate in value.

“You can use it in a simple and elegant way,” says Bunz chief executive Sascha Mojtahedi of the company’s foray into cryptocurrencies. “We know the technology works … but we haven’t really seen a viable use case that the mass market can get behind. I think we’re going to be the first example of that.”

Cryptocurrencies such as BTZ and the better-known Bitcoin and Ethereum are encrypted digital assets governed by a technology known as a blockchain. Their decentralized nature means they’re largely free of regulations, so far, which can result in quicker transactions between users that are exempt from third-party fees such as bank or credit card charges.

Bunz was started in 2013 as a private Facebook group by fashion-design graduate Emily Bitze. She was struggling financially at the time and created the group as a place to swap unused items with friends.

One friend could offer up a lamp they no longer needed, for example, in exchange for someone else’s unwanted bicycle. Cash didn’t necessarily enter the equation.

The group grew quickly through word of mouth to thousands of members, expanding to other cities and beyond Facebook. The Bunz app and website launched in 2016 and have both continued to grow.

Mr. Mojtahedi, who was previously an analyst and manager at Toronto-Dominion Bank, came on board in 2014. He says Bunz users have completed more than a million transactions, with 2.3 million items currently on offer in more than 200 cities around the world. Bunz currently has 26 full-time employees.

The growth has also attracted institutional backing, including from Fidelity Investments, which hasn’t disclosed the amount of its investment. The holding is among 75 companies in the Fidelity Global Innovators Class mutual fund, which has attracted more than a billion dollars of investor money since its launch in late 2017.

“I like the marketplace they are building. It’s unique and that makes it valuable,” Mark Schmehl, portfolio manager at Fidelity Investments, said in an e-mail. “I also like the cryptocurrency they want to launch. I think it could transform the app from a curiosity to something more durable and mainstream.”

The simplicity of Bunz’s barter system and the absence of cash – even though users can post approximate monetary values for trade items – have been key to the company’s growth so far, but it’s also the firm’s biggest challenge. With no money changing hands, Bunz lacks an obvious income stream.

Mr. Mojtahedi says the company has a revenue model designed, but won’t comment on what it might be or when it will be introduced.

The addition of BTZ, he adds, is more of an enticement to get people using Bunz than an attempt to introduce a form of monetization. The company won’t be taking a cut of BTZ transactions.

“You have to be able to reward people with cryptocurrency that they’ve earned as a result of their passive involvement in the network and then enable them to use it with their peers and merchants,” he says. “It gives us the room to create new models that people may not have thought of.”

BTZ is launching in conjunction with a host of merchants in Toronto at first, with partners including the Drake General Store, The Fifth Pubhouse and Tiny Record Shop. Several businesses see their partnerships as a way of spreading brand awareness among Bunz users, as well as a way to test the waters of cryptocurrencies.

“They were a good partner in making it not seem scary,” says Kate Chippindale, senior manager of marketing and business development at Drake Hotel Properties. “This is the right way for us to try and explore something like this. ... It encourages a different kind of customer to come and shop with us.”

E-commerce experts aren’t yet sure what to make of attempts by businesses to use cryptocurrencies, many of which have exploded in value over the past year as speculators have flooded in.

That popularity has caused volatility in the value of the currencies themselves, which makes it difficult to attach real value to them.

“I am extremely skeptical of anyone who tries to jump on the [cryptocurrency] bandwagon at this point,” says Andreas Park, associate professor of finance at the University of Toronto. “If you have money or a currency that is extremely volatile, that doesn’t make for a very good means of exchange or stored value.” 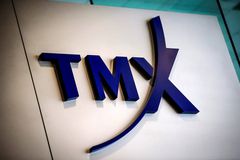