Cynicism can creep into the fabric of your company, eroding employee motivation and slowing productivity. Sure, there’s no way to magically transform your employees into Pollyannas – each worker has their own temperament and world view – but there are proven strategies business owners and managers can use to instill trust and positivity in the workplace. At a recent panel at The Globe and Mail Small Business Summit, leading entrepreneurs shared their insights on how to motivate employees.

1. Let them be part of your success

In order to incentivize good work habits, give your best employees opportunities to move upward, says Toronto restaurateur Grant Van Gameren, whose family of restaurants includes Bar Raval and Bar Isabel. Mr. Van Gameren co-owns each one of his restaurants with partners who were previously his employees. Getting staff invested in the success of the business keeps them motivated and contributes to a better staff turnover rate, Mr. Van Gameren says. “You can throw around a salary, but that keeps them around only so long. It’s my goal to secure the best most talented people,” he says. Co-ownership is also beneficial in times of need. “Sometimes you need shoulders to lean on,” he says, adding that the staff who will put in extra labour are the ones who have a stake in his business. Mr. Van Gameren expects his business to reach 300 employees this year.

2. Get it right at the beginning

Isvar Prashad of The Carter Benette Group, a janitorial and maintenance company, goes through a rigorous selection process to find employees who are the right fit. “Everything we do is about how we hire,” he said. “It’s harder to get out of a relationship than if you just take the time to find the right person at the beginning.” Mr. Prashad asks his interviewees to open up about their personal lives. “If you get them comfortable, you will be shocked at the things they tell you.” He recalls one interviewee telling him about being up late drinking the night before – a red flag in a job that requires an early start, according to Mr. Prashad. On the other hand, if his interviewees have a good reason to want to work for him, that is how he knows he’s found a good fit. “A family working for me, their entire ambition was to work to pay for their daughter’s medical school,” he said. That family met their goal. “It was about working every night, and they paid their way,” he says.

3. Be specific about what you want

Dave Jones is now the senior vice-president of Group Benefits at Sun Life Financial, which was one of the Small Business Summit sponsors. But at one time, he worked in a start-up. He says that keeping employees on track is about being “open about your purpose and what you want to accomplish. Tell them what you’re here for. If you’re motivated by money, tell them that.”

Good business owners will communicate the specifics of their vision to employees. When Mr. Van Gameren opened his first restaurant, The Black Hoof, he didn’t have job descriptions for his employees. He later realized that when it comes to working with people, “clarity is key … it eliminates so many issues going forward when it comes to accountability.” Now, the job descriptions in his restaurants are specific, so employees know what’s expected of them.

4. Listen to your employees

Ultimately, employees are humans, which means they won’t feel motivated all the time. When they’re not rising to challenges, listen to their concerns. “You often feel like you have the context to solve a problem, but you need to wait,” says Melissa Nightingale, author and founding partner of management consulting group Raw Signal. “It’s important to listen to them when they’re not feeling their best. Don’t jump to conclusions about an employee’s behaviour,” she says. “If someone is coming into work and showing up and is grouchy, it could be because they’re trying to tell you something and you’re not listening.”

5. Adapt your message as you evolve

Businesses change over time, and when they do, it can be hard for employees to adapt. The startup Mr. Jones worked at once had to eliminate a large chunk of its employees in a short amount of time, so he had to quickly rework expectations. He told staff, “you’re going to be working late, and people will be challenging you in ways that won’t be positive. But we will help you get through this and help you be successful.”

For Ms. Nightingale, the key is taking advantage of big shifts. “The idea of a ‘second founding moment,’ where you went from one organization to a different organization – businesses undervalue these moments. They help to get everyone on the same page.”

When employees leave, Mr. Van Gameren tries to keep things positive. He’s been pleasantly surprised over the years to see some ex-employees return to work for him after exploring other avenues. “I welcome them back with open arms, and when someone leaves, I keep it [as] classy as possible and support them,” Mr. Van Gameren says. “If you don’t let them leave on the right terms, it’s a missed opportunity for having someone come back to you. If you can retain staff, it’s invaluable to the success of your business.” 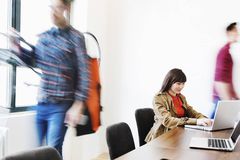 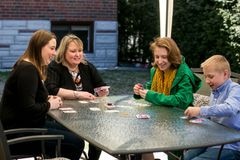 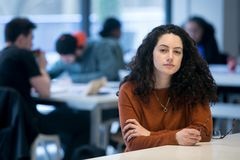