An explosion of capital has been raised under a series of rule changes that were thought to make it easier for small companies and retail investors to connect − but big companies and sophisticated investors are taking up the bulk of the market.

That’s the conclusion from an Ontario Securities Commission report on the “exempt market,” or deals where the companies raising money relied on exemptions from the full, lengthy disclosures found in a traditional offering prospectus. The total amount invested in 2017 was $91.6-billion, nearly triple the 2010 level and 27 per cent higher than 2016.

Yet institutional investors such as pension funds and asset managers are responsible for 98 per cent of that capital, the OSC says, with individuals responsible for just 2 per cent.

Small companies, which the OSC defined as those with less than $5-million in assets and raising less than $1-million, accounted for less than 1 per cent of the total capital raised, the OSC says.

Part of this is math – a handful of huge deals between a big pension fund and a major Toronto Stock Exchange company using the prospectus exemptions will overwhelm the aggregate numbers. And indeed, there’s some ground-level activity: 22,000 individual investors participated, spreading $2.2-billion in capital amongst 1,700 companies.

Still, the report shows the exempt market has a big-money, even international, flavour: $54-billion was invested in companies based outside Canada, “predominantly” U.S.-based companies.

And the OSC found no use of the crowdfunding prospectus exemption, a January, 2016, policy designed to allow companies to raise small amounts of money from multiple retail investors. The OSC says some “exempt market dealers,” a description of crowdfunding investment firms, have used that model to raise just less than $100-million in capital. It’s come, the OSC says, “predominantly from accredited investors,” the legal term for investors deemed wealthy and sophisticated enough to not need the legal protections extended to ordinary investors.

“It’s definitely no surprise to me, but it’s unfortunate that it’s no surprise,” said Cato Pastoll, chief executive of Lending Loop, a lending platform for small-business loans that is one of the registered exempt dealers. “There are a lot of changes that still need to take place from a regulatory perspective to really open up the doors for it to be as successful as it is in the U.K. or U.S.”

Broadly, he says, “in Canada, the common belief is that individuals should not be allowed to invest their money in these kind of risky projects, or if we do, we need to do it with advice from a human being and there needs to be a great amount of caution,” he said. “Whereas the concept in the U.K. is much more buyer beware.”

Regulators and skeptics of crowdfunding are concerned that easing securities rules to make investments more accessible to ordinary investors raises the risk of fraud. FAIR, the Canadian Foundation for the Advancement of Investor Rights, warned in July, 2016, that attempts in Britain and the United States to increase crowdfunding activity did so “largely by watering down or stripping away measures designed to protect investors.” 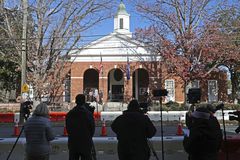