Two key members of National Bank of Canada’s technology banking team are leaving to join rivals just as competition heats up to be the bank of choice to emerging tech companies, according to sources familiar with the moves.

And David Rozin, who has been National Bank’s associate vice-president of technology banking for Ontario, will decamp to Bank of Nova Scotia, where he will take on a senior role in technology and innovation, working with the commercial banking division.

Spokespeople for National Bank, Scotiabank and CIBC declined to comment. The sources who confirmed the moves were not authorized to publicly discuss them.

Banks have shown renewed interest in the tech sector and begun to pump more capital into burgeoning Canadian companies that have, at times, been underserved by Canada’s major lenders, leaving some of them short on options to secure funding.

Most notably, CIBC has rapidly increased its lending to early-stage tech companies through its CIBC Innovation Banking unit, just as American lender Silicon Valley Bank has secured a banking licence and plans to push deeper into the Canadian market. Other Canadian banks, such as Bank of Montreal, have also responded by more aggressively courting tech companies as clients.

National Bank had shown signs of strength in this area. Last year, the bank co-led equity raises by retail merchant software-provider Shopify Inc., and earlier this year it was a lead underwriter on the initial public offering by cloud-based software provider Lightspeed POS Inc.

Faced with fiercer competition, however, National Bank’s technology banking group has been bleeding talent. In March, Sanjiv Samant – who was head of technology, media, telecom, health care and sustainability banking – left to pursue other opportunities. Mr. Samant and Mr. Layton had worked together at Canaccord Genuity Group Inc. before they joined National Bank in 2016, and Mr. Rozin then joined Mr. Samant’s team from Royal Bank of Canada.

Last week, National Bank named Benoit Veronneau and Colin Ryan as the new co-heads of its telecom, media technology and health care group. Mr. Veronneau will be based in Quebec, while Mr. Ryan – who joined National Bank in 2017 after stints in investment banking at Credit Suisse and CIBC – will be in Toronto.

Mr. Rozin is expected to help Scotiabank further expand its growing portfolio of loans to early-stage technology companies, as the bank adds more resources to keep pace with rising competition in the sector. The group he’s joining is a direct competitor to CIBC Innovation Banking, and to established U.S. rivals such as Silicon Valley Bank and Comerica Inc.

And by hiring Mr. Layton, CIBC adds experience in technology banking to its capital markets team, in the hope that Innovation Banking can refer clients as they mature and need a broader range of services, such as help with initial public offerings. The ability to offer a full suite of investment banking advice and services could give banks such as CIBC and BMO a competitive edge as they go toe to toe with the likes of Silicon Valley Bank, which is only a lender in Canada.

Why Canadian banks aren’t the only game in town Subscriber content
April 17, 2019 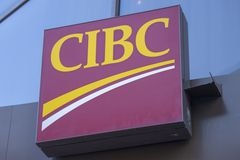