A man accused in a fatal shooting outside a Walmart store in central Alberta is applying for legal aid and has yet to secure a lawyer.

Chase Freed appeared briefly in Red Deer provincial court Monday via closed-circuit television from the Edmonton Remand Centre, where he remains in custody.

Jim Williams, 69, of Red Deer, was killed outside a city Walmart on Dec. 20 after purchasing deodorant at the store.

Police believe the suspect also fired at two other people.

Mr. Freed’s next court appearance is set for Feb. 18.

RCMP have said Mr. Williams was shot during an altercation with a man he didn’t know. Police said the suspect fled in a stolen vehicle driven by a woman.

The two were arrested about four hours later near Rimbey, Alta., after an intense police search.

Crystal Maurice, who faces four counts including being an accessory after the fact to murder, is to appear in court on Wednesday.

A memorial service for Mr. Williams, who was severely burned in a propane explosion in 1991, was held on Saturday.

His widow, Roxine Williams, said her husband had been a truck driver, but had to retire after he was burned. 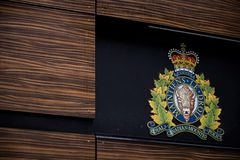