Cian Hackett is a small-town Alberta doctor. He delivers babies, works in the emergency room, sees patients at his clinic and drives some of them home from the hospital in Rimbey when they do not have a ride.

He planned on practising medicine in Rimbey for decades. But that was before the Alberta government cut pay for physicians and launched what doctors feel is a smear campaign against their profession. Dr. Hackett is one of six physicians in Rimbey, a rural town of about 2,600 between Calgary and Edmonton, and he is ready to leave.

Dr. Hackett is among the handful of doctors who, over the past week, announced plans to leave their jobs or stop providing some services because the provincial government cut physician pay on April 1. The doctors argue they are not taking these steps to protest against the changes, but because it no longer makes financial sense for them to carry on under the new fee structure. Some physicians have selected dates when the rollbacks will begin; others are waiting for the novel coronavirus crisis to pass.

Any exodus would be particularly acute in rural communities.

“As soon as this pandemic quiets down, I will be leaving Rimbey,” Dr. Hackett said. “That’s not a bluff."

Dr. Hackett, 29, specializes in rural medicine. Four of his colleagues, he said, are considering leaving Rimbey, too. Dr. Hackett, who started practising medicine in 2018, aired his frustration online Sunday. Job offers in British Columbia, Ontario and Saskatchewan followed, he said.

Malpractice insurance, particularly for obstetrical care, is among the financial frustrations. Dr. Hackett, for example, said he pays roughly $3,000 annually for liability insurance to cover his clinical and emergency medicine work, and an additional $5,000 to cover obstetrical services, such as delivering babies.

The government, under the old formula, used to reimburse him roughly $7,000 for his insurance costs. The details of the new reimbursement plan are still coming, Dr. Hackett said, but doctors expect it to be halved.

“I would actually be losing money to provide obstetrical care here in Rimbey,” he said.

Steve Buick, a spokesman for Alberta Health Minister Tyler Shandro, said the province will look for “longer-term solutions to augment and stabilize physician services” in communities where doctors roll back health care.

“If physicians choose to voluntarily give up their privileges in a way that would reduce access to care, we will look at all options to replace them as needed to maintain access,” he said in a statement.

Alberta, under the United Conservative Party, argues that doctors in the province are paid more than those in other provinces. Further, the government has repeatedly said it backed off some changes such as allowing doctors to charge more for visits with patients with complex needs. Alberta, last month, said it will pay doctors the same amount for some, but not all, virtual visits as it does for in-person visits.

Premier Jason Kenney told reporters he understands some family doctors are hurting because the COVID-19 crisis means fewer people are visiting physicians. The cash crunch, however, spans the entire economy, he said.

“This will be trying times for all kinds of small businesses," he said.

Alberta also altered fees for doctors with hospital privileges in the April 1 package. Alberta argued doctors who charge the government for services they perform in hospitals should contribute to the hospital's overhead costs.

In Sundre, doctors from the Moose & Squirrel Medical Clinic will stop obstetrical care at their local hospital in two weeks, one of the physicians said on Facebook the day after the new payment plan kicked in. The eight doctors will stop providing acute care and emergency room services at the hospital after giving the government 90 days’ notice, according to Vesta Michelle Warren, one of the doctors.

“We are devastated​ that it has come to this. But this is the consequences of the government’s decisions and the government’s cuts. And if we don’t react and change, we won’t be here at all," she said.

Mike Chatenay is a surgeon in Edmonton, and his clinic is about half a block from the Grey Nuns Community Hospital. He will be on call for emergency surgeries later this week and said he will receive roughly 20 per cent less money for consultations in the hospital over this stretch. Consultations can include examination, resuscitation and, if possible, discussing surgery with patients and their families.

He and his colleagues run clinics in the hospital on Tuesdays and Thursdays for urgent surgery consultations. Because this takes place in the hospital, the doctors now receive less compensation for these services. Dr. Chatenay said he and his partners expect to close this hospital clinic and require patients to go to their office, where the physicians will be paid more.

“The pandemic has kicked me to the curb and the Alberta government has curb-stomped me with this,” he said. 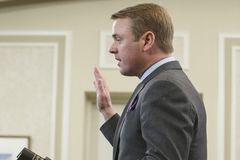 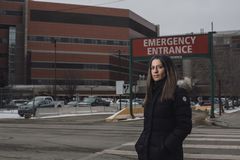 Alberta woman in her 20s dies of COVID-19 becoming youngest reported death in Canada
April 4, 2020
Follow Carrie Tait on Twitter @CarrieTait
Report an error Editorial code of conduct
Due to technical reasons, we have temporarily removed commenting from our articles. We hope to have this fixed soon. Thank you for your patience. If you are looking to give feedback on our new site, please send it along to feedback@globeandmail.com. If you want to write a letter to the editor, please forward to letters@globeandmail.com.
Comments