Village Brewery, which describes its blond ale as crisp, dry and slightly fruity, is looking to persuade beer lovers that a new batch made from reused waste water tastes just as good.

The Calgary beer-maker has teamed up with University of Calgary researchers and U.S. water technology company Xylem Inc. to brew up a limited 1,600-can batch.

The goal was to show that dirty water – even that flushed from toilets in a major city – can be made safe to drink while helping conserve the globe’s dwindling potable water supply.

“Certainly we do expect some eyebrows raised and the yuck factor is real,” said Christine O’Grady, project co-ordinator at Advancing Canadian Wastewater Assets, or ACWA.

“Part of this project … is to start the conversation about how this can be done, why it should be done and that water is a resource that we need to protect.”

ACWA is a research partnership between the University of Calgary and the City of Calgary that involves the Pine Creek Wastewater Treatment Facility by the Bow River in the city’s southeast.

Municipal waste water normally runs through a complex system involving screens, filters, microbes and ultraviolet light to make it clean enough to return to the river.

The ACWA team took partially treated water from the plant and ran it through more advanced purifying to make it drinkable. That involved ultrafiltration, ozone, ultraviolet light and reverse osmosis.

The idea of making beer from waste water started out as a joke around the boardroom table while Xylem and ACWA were discussing ways to collaborate.

“Then we said, ‘Well, we can make beer,’” Ms. O’Grady said. “We have all the technology. We have the capacity on all sides.”

“They’re so progressive and cool. They were all in,” said Ms. O’Grady.

Jackson Stuart, the brewery’s marketing manager, said Village was excited to take part in a project that put sustainability front and centre.

He said he’ll be interested to see how keen customers are to sip suds brewed from repurposed waste water.

“The big thing for us was to try to make sure that the beer tasted the exact same as our other normal Village Blonde and we achieved that,” he said. “We’re confident.”

The only difference in making the beer is that the water didn’t come from the tap, but arrived in tanks.

Alberta Health Services helped the partners develop a safety plan and tested the treated water to make sure it met drinking-water standards.

“With the right measures in place, alternative water sources – such as waste water, grey water, rooftop-collected rainwater and stormwater – can be made safe for many potable and non-potable end uses,” said public-health inspector Jessica Popadynetz.

Bob Sandford, Global Water Futures Chair at the United Nations University Institute for Water, Environment and Health, said he believes the “yuck factor” can be overcome.

“The science is absolutely sound and is very convincing. The brewery, too, has done a really good job of explaining this,” he said.

Natural systems have been purifying water to a drinkable standard for hundreds of millions of years, Mr. Sandford said.

In a changing climate and an increasingly populated world, high-level tertiary treatment technologies such as those used by ACWA will be crucial, he suggested.

“Because of the numbers of emerging contaminants of concern, we need to have ever more sophisticated water treatment systems and this is what it’s pointing to.” 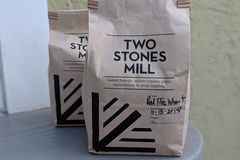 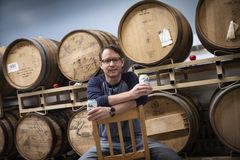