Is that person with two pallets of toilet paper doing too much? Is that person who sneezed in line at the grocery store not doing enough? Do you judge your friends or family members for still going to the mall or on group playdates with their kids? Can you even believe someone actually tried to shake your hand?

“What is normally polite has become dangerous,” says Jennifer Jacquet, a professor at New York University and author of Is Shame Necessary? New Uses for an Old Tool. “We have to move very quickly, and shame is going to fill that vacuum for enforcing and establishing those new behaviours.”

The emergence of the COVID-19 pandemic has deftly upended the rules and social orders that seemed, just days ago, like a given. As cities, provinces and countries announce different and quickly changing restrictions, individuals are increasingly judging and shaming each other – and even themselves – over behaviours that go against the current standards, even as those standards continue to evolve.

“It’s interesting to see how when, especially in these times when everything in the system is so stressed, we’re relying much more on the soft power,” said Ms. Jacquet, who studies the powerful effects of shame and honour in social groups. “The formation of new norms and the community enforcing new rules, rather than the state.”

In Toronto’s Beach Solar Laundromat, owner Alex Winch confronted a customer who said he’d just returned from Japan, refused to self-isolate and was using the public laundry because he didn’t want to make his parents sick.

Mr. Winch, who said he is currently making the decision to remain open as a public service but is cleaning extremely thoroughly, asked the customer to leave, then wiped down everything in the area where the man had been with disinfectant.

“I, like many business owners, we’re trying to do our best,” Mr. Winch said. “What may have been socially acceptable weeks ago … is no longer acceptable.”

The effect of a pandemic on our traditional social relationships is not unexpected. As Warren G. Bennis wrote in a 2006 issue of the Harvard Business Review titled Preparing for a Pandemic: “One of the insidious qualities of a health threat is that it destroys social cohesion. In the face of a deadly disease, people will become fearful of one another. Individuals who have amicably shared office space will begin recoiling every time a colleague sneezes.”

Indeed, it’s not a great time to be a sneezer. As we’ve all learned with alarming speed in the past week since the pandemic was declared, a mysterious sickness that is passed invisibly through people pits us against each other. But it also makes us more reliant on each other than ever, which in turn opens up whole new realms of both self-judgment and judgment of others.

This has been playing out both in personal interactions and also online, where examples of people partying in crowds, hoarding supplies or demonstrating other reckless or selfish behaviours in the face of coronavirus are quickly going, well, viral.

In Edmonton, resident Ester Malzahn is embracing the power of public shaming and spent Monday night and Tuesday leaving messages for bars and pubs that had been planning St. Patrick’s Day celebrations and pushing them to close, while calling them out on social media.

“I think we need to lead by the grassroots right now. Maybe some peer pressure is what they need to not be pushed into these events,” Ms. Malzahn said.

At least four bars had cancelled their parties by Tuesday, when the Alberta government finished the job for her by declaring a public-health emergency and ordering the province’s bars and nightclubs to shut down.

Meanwhile, an Instagram live video in which actress Vanessa Hudgens flippantly declared that people dying of the virus “is terrible, but, like inevitable,” rocketed through social media on a wave of condemnation. Images of crowds at concerts, people partying in cities such as Chicago and Nashville and packed on a beach in Florida, have drawn deluges of similar replies.

On social media, people have shared pictures of shoppers with carts full of toilet paper and videos such as, Couple cleans out meat section at Save On Foods, while media outlets run articles such as 30 Times People Spotted Total Jerks During The Coronavirus Crisis And Shamed Them Online.

Katie Ward, an occupational therapist in North Bay, Ont., with a two-week old infant, says she’s been unapologetically using shame and/or judgment amidst a broader arsenal to spread information about the steps people can take to keep themselves, their families and others safe.

“I started with family and moved on to friends and acquaintances, mostly through social media,” said Ms. Ward. She and her husband have two other young children.

Ms. Ward says her efforts so far have included people who are still having group playdates or are going out into public areas, those exposing people who are immunocompromised, as well as people with young infants or who are expecting. She says people in her circles have been receptive, and in other cases, like reports of students partying in Ontario, she weighs in on the chance it might help.

“I have no problem saying, ‘This is stupid,’ but I don’t know how far my reach is for that demographic,” she said.

In another example of effective shaming, a much-shared New York Times story reported about a man who’d purchased 17,700 bottles of hand sanitizer, with a plan to resell at exponential mark-ups. An updated story described him in tears and apologetic, and having donated all the remaining product to a church.

While that man could still potentially face formal charges for price-gouging, Ms. Jacquet says shame was a more efficient remedy in that individual case, and in telegraphing the lesson to others.

“We establish the same point – which is to make an example of him, to say, ‘Don’t do this, don’t do this kind of hoarding and price gauging,’ – without having to use the courts, which is costly and formal,” she said. 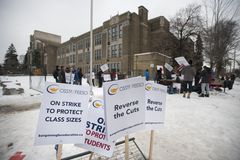 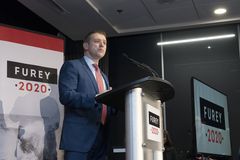