Chance Butterfield is a third-generation cowboy who has spent most summers of his life competing in rodeos across North America.

But the COVID-19 pandemic has forced Mr. Butterfield, a 34-year-old pro steer wrestler born and raised in Ponoka, Alta., to hang up his hat this year. Dozens of pro and amateur rodeos and stampedes across the Prairies have been cancelled. And while the Calgary Stampede is the most widely known of these events, small towns will be acutely affected by these losses.

“For us cowboys, a lot of us have been doing this since we were old enough to walk,” Mr. Butterfield said.

“We’ve dedicated our lives to it. For a year off, obviously, it’s going to affect us because this is something none of us have ever really done before."

The rodeos and stampedes held every summer across Western Canada are often significant cultural and economic events in the towns that host them, with competitors and visitors dwarfing the local population. This year, many will be prohibited due to bans on large events, even as provinces ease up on other pandemic measures.

“Most of the cowboys that I spoke to, obviously, it’s not ideal, but we’re like everybody else in this country here right now. Everybody’s sacrificing for the greater good."

Jeff Robson, general manager of the Canadian Professional Rodeo Association, said there were so many cancellations that it was difficult for his organization to determine an official number. All the association could do was count the ones that hadn’t cancelled yet: fewer than 10. Typically, a season would see approximately 55 CPRA events.

Many of the events have long histories in their communities, he said. “It’s obviously been a big part of our life and a big part of what we do.”

And the disruption is only temporary, he stressed.

“I think we all need to take a deep breath and remember that we’re all safe and healthy, and we’re going to get a chance to do what we love again shortly here. We’ve just got to be a bit patient.”

Alberta recently increased the size of outdoor gatherings to 50 people. Saskatchewan will be entering the third phase of its reopening plan on June 8, which allows up to 15 people to gather inside and up to 30 outside. Mr. Robson said he did not expect events to resume until the end of August or early September.

In Alberta, the Airdrie Pro Rodeo, the Bentley Fair and Rodeo, and the Benalto Fair and Stampede are among the latest to announce cancellations. Others such as the Olds Rodeo, southwest of Red Deer, and the Writing-On-Stone Rodeo, held in the provincial park of the same name, have yet to announce their plans, and some have rescheduled for the fall in the hopes that larger events will be permitted by then.

Errol Watson, who became a rodeo judge after 35 years of running chariots and chuckwagons, said the summer months are the most profitable for people in the industry.

In a normal year, Mr. Watson would travel from his home in Kelvington, Sask., to rodeos all across the country. This year he booked 19 shows, but only five remain.

“During the summer that’s your livelihood," he said.

Cody Street, board director of the Rimbey Rodeo, said the annual event is a financial pillar of the central Alberta community. Organizers announced its cancellation earlier this month.

Rimbey is home to little more than 2,500 people, and cancelling the rodeo means it will miss out on visitors who contribute to the local economy; almost 1,000 spectators come to town for the three-day event. The rodeo is a non-profit, and they usually break even after donating proceeds to the area hospital and organizations such as 4-H groups and the agricultural society.

“The funds that will not be earned by our rodeo this year will trickle down negatively deep into our community,” said Mr. Street, who was an amateur and professional bull rider for 16 years before taking on a leadership role at his hometown rodeo.

“The shortfalls will be felt locally in many corners for a great deal of time.”

Ponoka, Alta., is facing the same challenges after cancelling its annual stampede, which first started in 1936. The town of about 7,000 brings in 180,000 visitors during the Ponoka Stampede, which is held around Canada Day. Ponoka Stampede Association president Bruce Harbin said the event was a time for the community to gather and celebrate.

“Everybody will be touched by it at some level,” Mr. Harbin said. “Culturally, it’s a going to be a big hole in the community, without that gathering.”

He said the only other time the Ponoka Stampede was cancelled was during the Second World War.

“Thank God we don’t have a battle like that to fight. We’ll be getting by this. … It just seems very hard right now.”

In Saskatchewan, some organizers are still holding out hope their events could continue as scheduled, or later in the year.

Chyanne Ogle, a board member of the Wood Mountain Stampede who also competes in the Canadian Cowboys Association circuit across the Prairies, said she hoped the July event – which is set to mark its 131st anniversary – could go on.

Organizers would postpone to September if needed, she said, but the goal is to stick to their original date while adjusting to follow health guidelines. The province will allow gatherings of up to 30 as of June 8. Wood Mountain, located southwest of Regina not far from the U.S. border, has a population of 20.

“Even if we just have a very small rodeo,” Ms. Ogle said, “we really want to keep our tradition of having the oldest continuous rodeo in Canada.”

Ms. Ogle said the Wood Mountain Stampede has been able to hold onto local sponsors – mostly farmers and ranchers – in a way that larger events have not.

“A lot of the rodeos that cancelled right away in the spring were cancelled due to lack of sponsorship, or their sponsors dropping. ... Much to our surprise, most of our sponsors are still on board. They’ve been sending in the checks. They want a rodeo.”

Canada’s COVID-19 report card: As we inch toward reopening, some provinces are faring better than others
May 29, 2020 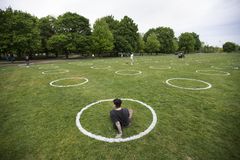 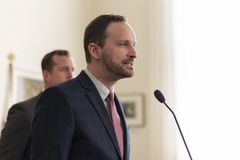