Alberta Premier Jason Kenney says he and his ministers made every reasonable effort to comply with health rules during a surreptitiously photographed whiskey-drinks dinner on the patio of the infamous “Sky Palace.”

Kenney says they paid for the meal themselves, and he dismissed accusations of elitist imbibing, calling Jameson Irish whiskey a budget liquor.

“We made every reasonable effort to be physically distanced outdoors, rather than doing an indoor meeting,” Kenney told the house Thursday during question period.

“[We] were fully compliant with the rules and we encourage all Albertans to get out there, enjoy the summer as we continue to relax the public health measures.”

The debate surrounds photos taken from long-distance of a dinner Kenney held with ministers and key staff Tuesday night outside his temporary office on the top floor of the Federal Building, nicknamed the “Sky Palace.”

The photos were sent anonymously to various media outlets.

The Opposition NDP and former members of Kenney’s United Conservative caucus said the event reinforces that Kenney and his caucus believe they are above COVID-19 health rules.

They also accused Kenney of hypocrisy. The Premier demoted and punished other caucus members earlier this year for ignoring provincial guidelines not to fly abroad during the Christmas break to avoid further spread of the virus.

Kenney has also publicly promised to punish and even evict from caucus COVID-19 rule breakers.

The Premier repeatedly told the house Thursday the dinner was within health rules because it was under the 10-person outdoor gathering limit. But he didn’t address the fact the event appeared not to follow other safety measures on distancing and masking.

Dr. Deena Hinshaw, Alberta’s chief medical officer of health, told reporters she can’t determine from the photos whether Kenney’s party broke the rules, adding that enforcement is not her job.

“It’s hard to say in the photos. I guess I would say I wasn’t there,” Hinshaw said.

“The Premier seems to think his best summer ever gets to start way before everybody else’s on the roof of the ‘Sky Palace,’ with bottles of booze and absolutely no rules being followed,” Hoffman told the house.

The debate also touched on a bottle of Jameson Irish whiskey on the dinner table.

“I can assure the member that Jameson is a nice Irish whiskey but it’s not the finest. It’s a budget liquor,” said Kenney.

Hoffman shot back, mocking the Premier as “the man of the people.”

“We’ve sure come a long way from the blue pickup and the rented motorhome that he didn’t sleep in to say that Jameson’s isn’t a quality whiskey and he was just having a quiet, cheap drink on the roof of the ‘Sky Palace.’ ”

The 11th floor patio and penthouse suite, near the legislature building, became famous as the “Sky Palace” seven years ago when it was discovered former Progressive Conservative premier Alison Redford was having it retrofitted as a luxury office and living quarters.

“This is a situation where he felt like he’s above the law and tries to take little bits of each of the rules so he can exempt himself from them,” Loewen said. “That’s not the same standard he’s held Albertans to.”

“It’s a situation where the people that are making the rules are clearly showing with their actions that they don’t believe in the rules and, at the same time, they’re looking for targets to fine.”

“He would have said, ‘Look, we’re gradually reopening, things are good, but clearly this was a mistake and I’m sorry.’ 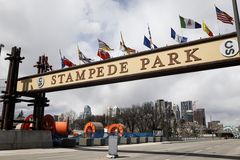 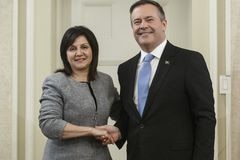 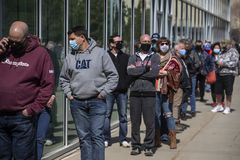