Peter McNaughton opened the Grange in Carmangay, Alta., a year prior, and his 1910 holiday menu sported fancy Gothic script and a poem. He later sold the joint and come Prohibition, a local paper lamented how things could have been different if only others emulated the elegance of the Grange’s early days.

“It has always been conducted in a first-class manner and has been a credit to the town and if all the hotels in the province had been conducted along the same lines there would not have been as much agitation for Prohibition,” a newspaper clip, dated June 30, 1916, says. The bar closed that night, according to the unidentified newspaper, but the then-owner vowed to keep the hotel open and up to its “present high standard.”

The Grange, at the corner of Carmen Street and Pacific Avenue, survived Prohibition and established itself as a small-town icon. Back in the day, it advertised its steam-heated rooms. When the Canadian National Vimy Memorial, which commemorates the First World War, opened in France in the summer of 1936, people gathered at the Grange to listen to the ceremonies over the radio. Locals tell stories of visitors riding their horses to – and in – the bar. One regular leg-wrestled for nickels, keeping his winnings stashed in the bar. And for 37 years, the Grange has been the end-point of Carmangay’s St. Patrick’s Day parade, which starts a block away. Carmangay brags about hosting the world’s shortest parade.

Now the Grange is gone. The two-storey wooden building burned down in the early hours of March 28, ending its 111-year run as Carmangay’s centrepiece.

While the Grange is specific to Carmangay – population: 242 – the idea of an old hotel serving as a local institution is familiar in small towns across Western Canada. Some, like the Grange, have actual names. Others are known just as “the bar” or “the hotel,” regardless of whether rooms are available for rent. You know who is there by the vehicles parked outside.

Sue Dahl worked at the Grange for 24 years, most recently as bar manager. Her uncle, Jim O’Conner, once owned the Grange and founded the St. Patrick’s Day parade. She is also the district fire chief, and was on the scene as the building burned.

“It was gut-wrenching,” Ms. Dahl said. “The Grange is the meeting place for everybody.

“There’s a big gaping hole there. You look there and it is missing.”

No one was injured and the cause of the fire is under investigation, she said. Wind fuelled the blaze, blunting efforts to save the yellow building. The bistro next door had smoke damage; siding melted on the nearby library; and across the street, firefighters stopped embers from engulfing another historical building. Volunteers drove around town making sure embers – especially those from the tarry roof – did not spark more fires. An unrelated wildfire forced Carmangay residents to evacuate later that afternoon.

Crystal Eichelbaum grew up in Carmangay and celebrated her 18th birthday at the Grange. She worked at the bar around 2003 and after moving away, she would bring friends from other towns to the bar for the experience.

“It was kind of like this old dive bar, but you walked in and it made you feel like family,” Ms. Eichelbaum said.

Collin Greene grew up on a farm outside of Carmangay. When he was a kid, his grandfather ran Hubka’s Sales and Service, a garage across the street from the Grange. Mr. Greene’s grandfather used to get him out of his hair by telling the youngster to sit in a swivel chair. From there, Mr. Greene would watch the comings and goings at the Grange. When he was older, his favourite drink at the Grange was Lethbridge Pilsner. He left town decades ago, but news of the Grange’s demise stung.

“I felt like it was a part of my childhood destroyed,” said Mr. Greene, 66. “It is forever gone.”

Todd McFarland is part of the Carmangay Historical Society, which posted a photo of the Grange’s 1910 Christmas menu and other historical tidbits online after the fire. The Grange, he said, once represented hope and optimism of the West. But the hotel part had been shuttered to guests for years and the Grange was showing its age.

“It was beyond its best days,” he said. 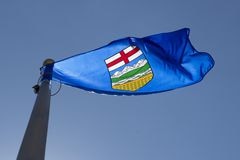