Canada’s regional divisions are significant and growing, with feelings of alienation and job insecurity flaring in Alberta while Quebeckers have become economic optimists and view climate change as their top focus, according to a new survey.

The Environics Institute poll, provided to The Globe and Mail, was conducted in October during the last two weeks of the federal election campaign, and sought to identify Canadians’ priorities. Across Canada, 24 per cent of respondents said the environment and climate change are the most important issue, compared with 14 per cent who identified the economy or unemployment.

The difference in attitudes was starkest between Quebec and Alberta, said Andrew Parkin, the executive director of the Environics Institute. On many topics in the survey, the two have swapped places.

About 37 per cent of Quebeckers said climate change was their top concern, while 29 per cent of Albertans viewed the economy as the most pressing issue. Both had the highest level of support among all regions for what they identified as their most pressing problem.

As Quebec’s economy has roared in recent years, the province’s population has grown satisfied with Canada’s direction and has let economic concerns fall away, leading a national pivot towards environmental worries, Mr. Parkin said. In contrast, Albertans have grown fearful and unhappy during a prolonged economic slump.

“It isn’t just that the country is divided, it’s diverging," Mr. Parkin said. "It’s not just that Alberta is lagging a little behind, it’s that as things have gotten worse in Alberta, they’ve gotten better in Quebec.”

“In general, the country isn’t used to Quebec leading in terms of economic optimism," Mr. Parkin added. "It’s not that this hasn’t happened in the past 10 or 20 years, I don’t know if this has ever happened before.”

The highest level of economic optimism has almost always been in Alberta, Ontario or British Columbia during the four decades the study has been conducted, he said.

Alberta’s economy has yet to fully recover from an economic slump that ended in 2016. Unemployment in Calgary is still significantly higher than in Toronto and Montreal. Along with a deep slide in home sales, Calgary’s downtown core has been hollowed out by office vacancies. In Quebec, employers struggle to fill tens of thousands of jobs.

Only 25 per cent of Quebeckers said in the poll that they are very or somewhat concerned about finding or keeping a full-time job – by far the lowest level. In Alberta, 58 per cent hold that view. Almost two decades ago in the survey, Quebeckers had one of the highest levels of job concern, today that distinction belongs to Alberta.

Discussion about alienation and the threat of a Western separatist movement have surged since Justin Trudeau’s Liberals were re-elected. Mr. Parkin cautioned that the data do not support widespread use of the term “Wexit," meaning the separation of the provinces west of Ontario.

“The term Wexit paints it as half the country against the other half. That’s not what we’re seeing. It’s an economic crisis in Alberta, and to a lesser extent Saskatchewan, centred around the petroleum industry,” he said. “B.C. is actually getting unalienated as Alberta gets more alienated.”

The poll surveyed 2,008 Canadians and carried out telephone interviews between Oct. 7 and 20. The margin of error is plus or minus 2.2 percentage points, 19 times out of 20. The survey was a part of the Environics Institute’s public opinion research program, Focus Canada, which has conducted polling on Canadian attitudes towards the country’s politics and priorities since the 1970s. 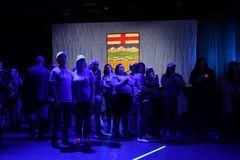 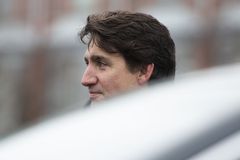