For a handful of Canada’s oldest liberal arts colleges, the pandemic-induced pressure to shift to online education threatens to undermine the personal contact that is their selling point.

The universities of the Maple League, with their historic red brick architecture and wide lawns, have long based their appeal on small classes, a close-knit campus of dorms and clubs, and a level of attention from professors not always available at larger institutions. But COVID-19 represents a serious challenge, not only for these universities, but also for the local communities that rely on them as economic engines.

The Maple League is a consortium of four universities focused primarily on undergraduate education: St. Francis Xavier, Mount Allison and Acadia in the Maritimes and Bishop’s University in Eastern Quebec.

In these smaller centres, the university is often the biggest employer, the biggest consumer market and the source of future workers and community leaders.

“These small universities in rural or regional areas are essential for the local communities to thrive,” said Jessica Riddell, executive director of the Maple League of Universities and a professor at Bishop’s in Lennoxville, Que.

For the moment, the campuses have been mostly emptied, with the exception of some international students unable to travel because of border closings. But it’s not clear what the fall will look like.

St. Francis Xavier president Kevin Wamsley said last week that the question of whether to offer classes in-person or online is the most pressing issue for students and staff. He said the university would decide by mid-June how it would deliver courses this year, after consulting with the provincial government about safety.

Bishop’s, having committed to offering as many in-person classes as possible, said it will decide by mid-July which courses will be online and which will have an in-person component. Acadia is taking a hybrid approach as is Mount Allison, which said this week some classes will require students to be on campus and some won’t, and some will have lectures offered online in real-time, and some will be asynchronous, leaving it up to students which they will take.

Prof. Riddell said the universities will aim to provide the close contact with professors that students value, even if it’s not always in person. They also plan to help students build study groups and enriching extracurricular opportunities to foster a small college atmosphere in the online world.

University and civic leaders expressed hope that the relatively low COVID-19 case counts in their communities will allow a return to something resembling normal, and put parents and students at ease about returning to campus.

Some of Canada’s large research universities, including the University of British Columbia and McGill, have said fall classes will be delivered primarily online, in part because campuses bring so many people together that operating as normal could fuel the spread of the disease. If smaller schools outside the big cities opt for the primarily online model, it’s not clear whether students will want to relocate to live on or near campus.

A fall without students could pose a grave threat to the local economy in university towns.

“In a word, it would be devastating,” said Jeff Cantwell, mayor of Wolfville, N.S., home to Acadia University. Normally the town’s population swells by more than 50 per cent when students arrive in September, to nearly 8,000 from its usual 4,500, according to the mayor. Restaurants, cafés and bars buzz with the injected energy of a few thousand 18- to 24-year-olds. Rental apartments, retail stores, services all depend on the university’s students and staff for most of their business.

“It is critical that the school be something other than an online school,” Mr. Cantwell said. “Without Acadia, Wolfville is just another quiet, Nova Scotia town.”

Antigonish, N.S., a picturesque town home to St. Francis Xavier University and its 5,000 students, benefits from an annual economic impact of more than $100-million in direct university spending, according to a university report.

“The interconnected relationship between the town and the university is very important,” said Mount Allison president Jean-Paul Boudreau.

The return of students to campus has financial implications that reverberate beyond the walls of the university.

Jonathan Ferguson, president of the Mount Allison students’ union, said many students are taking a wait-and-see approach, hoping that the situation will become clearer in the next few months. But he also said it’s reasonable to expect there will be fewer students than usual on campus in September.

“I’m really worried about our local economy. We’ve already lost a very popular bar and a café, both well-liked by the student population. They were more than just places to eat or drink; they were landmarks,” Mr. Ferguson said.

An economic impact study with input from the town and university found that students alone have a $60-million annual impact on Sackville. That’s enough to support a small downtown with cafés, bars, restaurants and stores. As a major employer that provides well-paid jobs and a number of spin-offs, the university’s contribution to the local economy is estimated at nearly $150-million annually.

Ellen Pickle, owner of Tidewater Books in Sackville’s downtown, said easily more than half of her customers are connected to the university, either as staff or students. She said it would be crushing for many businesses, including her own, if the students were to stay away long-term, or if the university is forced to lay off employees.

“If this is just for a year, I think I could pull through. But most restaurants in Sackville, most bars, rely on students. It would pretty much gut our downtown, unfortunately,” Ms. Pickle said.

Sackville Mayor John Higham said there is a lot of angst among business owners about what the fall will bring.

“We don't really know what this will mean for all the support staff and how the facility will run. It really is going to have a significant immediate effect on retail businesses. That’ll be the biggest hurdle,” Mr. Higham said.

Normally, more than 80 per cent of first-year students at Mount Allison live on campus. But this year, rooms have to be single occupancy so capacity will be reduced. Mr. Boudreau said the fact he can cite offhand the precise number of toilets in the residences (it’s 416) indicates he’s keenly aware of the safety adjustments necessitated by COVID-19.

He said the university will continually consult with local health officials, but he’s optimistic that the relatively small number of COVID-19 cases in New Brunswick will suit a hybrid model, with seminars, labs or experiential learning done face-to-face, and some lectures delivered online.

“We have an advantage of scale. We're a small community with space. In fact, on our campus, we have over one million square feet of academic and residence space, and we can navigate social distancing in ways that I think are appropriate, creative and safe,” Mr. Boudreau said.

The dilemma for these smaller universities is if classes are primarily online and campus life is muted, current and prospective students may hold off enrolling.

“One of the primary selling features of a place like this is the vibrancy of the campus and the vibrancy of the town," said Dave Thomas, a professor of politics at Mount Allison. "I think the way that we’re probably trying to pitch it to students is ‘Yes, it’s going to be different this year. We’ll make the best of it. But the hope is that you can get through one or two semesters and we can get back to doing what we normally do.’” 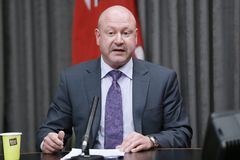 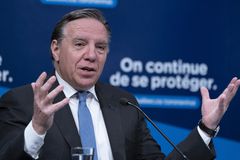