Seven Mi’kmaq First Nations are now co-owners of one of the largest seafood companies in North America in a historic sale that transforms the role of Indigenous people in Atlantic Canada’s fishery.

The acquisition of Halifax-based shellfish giant Clearwater Seafoods is the largest investment in the seafood industry by an Indigenous group in Canada. The coalition of First Nations partnered with B.C.’s Premium Brands Holdings, a specialty food manufacturer and distributer, to buy the company in a deal that closed on Monday.

“It’s a monumental day for our community, and other Mi’kmaq communities,” said Chief Terry Paul of Cape Breton’s Membertou First Nation, who brokered the deal on behalf of the Mi’kmaq coalition, representing First Nations in Nova Scotia and Newfoundland and Labrador.

He called it a “generational” acquisition that gives the Mi’kmaq coalition four seats out of 10 director positions on the Clearwater board and control over the company’s Canadian shrimp, snow crab, scallop and offshore lobster fishing licences – a coveted asset in the industry. The offshore fishery, which uses bigger vessels that venture further out into the ocean, gives the Mi’kmaq access to fishing grounds most other fishermen can’t reach.

“We haven’t been in the offshore in a very long time, and I feel this is a good first entry into that fishery,” Mr. Paul said.

He sees a chance to bring an Indigenous perspective to the company, whether that’s on Clearwater’s fleet of deep-sea trawlers or inside its executive suite.

“We want to grow the company sustainably,” he said. “Our long-term goals for Clearwater are to continue to incorporate our science-based values of conservation and to have our people hired into new roles. That could be anywhere from deckhands to executive positions.”

The Mi’kmaq First Nations partnership and Premium Brands each acquired half-ownership of Clearwater in the $769-million cash deal, worth $1-billion including debt. The coalition of First Nations borrowed $250-million from the First Nations Finance Authority as part of a 30-year loan.

Clearwater, started in 1976 by John Risley and Colin MacDonald, who began selling lobster out the back of a truck in Halifax, has long been one of Canada’s largest seafood companies. It exports shellfish to 48 countries around the world and sold $616-million worth of shellfish in 2019. After a year in which sales were hampered by the pandemic, the company’s founders, now in their 70s, said they wanted a new owner who could find fresh markets, without disrupting Clearwater’s operations in Atlantic Canada.

“I’m proud of this deal and confident it will enhance the culture of diversity and sustainable seafood excellence that Clearwater is known for. I’m proud to turn over the legacy of the company in Atlantic Canada to new ownership,” said Mr. MacDonald, Clearwater’s chair of the board.

Shareholders approved the sale at a meeting earlier this month.

The Mi’kmaq chiefs – representing the Membertou, Miawpukek, Sipekne’katik, We’koqma’q, Potlotek, Pictou Landing and Paqtnkek First Nations – say the deal will transform Indigenous participation in the commercial fishing sector and will bring more prosperity for their communities.

One of the more intriguing opportunities may be around the potential for Clearwater to eventually buy seafood harvested through the Mi’kmaq moderate-livelihood fishery – an evolving fishery not bound by federally regulated seasons.

Mr. Paul acknowledged that’s uncharted territory, something that would require changes to provincial regulations that currently prohibit the sale of seafood from harvesters who don’t have federally issued commercial fishing licences. The Mi’kmaq First Nations also have commercial fisheries separate from the moderate-livelihood fishery, and those fishermen will be looking to sell their harvests to Clearwater, he said.

“We have a certain amount of access in the Mi’kmaq fishery, and we’ll be working hard to have their quotas available to Clearwater,” he said, adding the company will want to buy from all fishermen, Indigenous and non-Indigenous.

The closing of the deal was followed by a conference call with more than 100 Clearwater managers and staff reassuring them the new owners don’t have any plans to cut jobs or close processing plants.

“If anything, we want to add lines to those plants,” Mr. Paul said. “We have a lot of room to grow.”

Chief Misel Joe of the Miawpukek First Nation of Conne River, N.L., said it will take time for the Clearwater purchase to begin paying dividends. But he sees plenty of opportunities, including potentially expanding Clearwater’s fish-processing operations to the south shore of Newfoundland, near his community.

His First Nation’s commercial fishery only began in the early 2000s, he said, after getting federal financing to buy boats and gear. The Clearwater deal catapults that progression to a whole new place.

“This puts our little tiny community on the map,” he said. “Because we’re so far off the beaten path, it’s sometimes hard to convince businesses to get involved in any kind of partnership with us. But this is international recognition of what we’ve been doing in this community.” 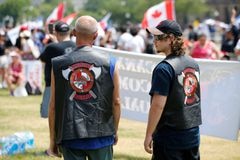 Atlantic provinces worry as flight and bus routes cut off amid pandemic
February 1, 2021 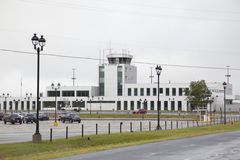 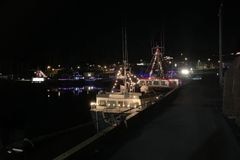